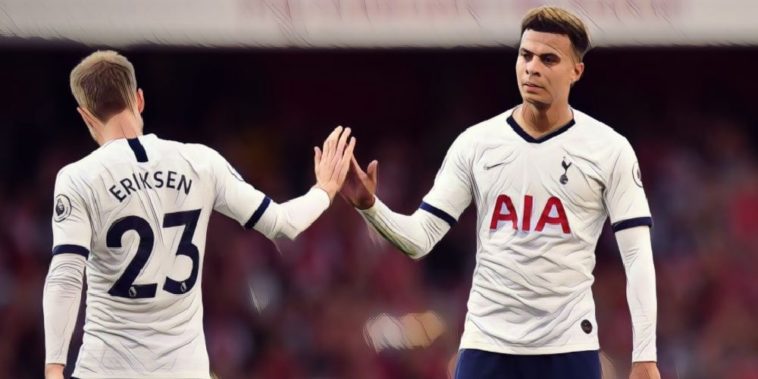 The Danish international would bring a six-and-a-half-year stay at Spurs to an end last month, joining the Italian giants in a deal worth around £17m after entering the final months of his contract in north London.

The 27-year-old would help Tottenham to the Champions League final last season and made 305 appearances for the club in all competitions after arriving from Ajax, though would decide on a new challenge in Serie A, linking up with former Chelsea boss Antonio Conte at the San Siro.

Alli described Eriksen as an ‘amazing player’ and admits he was sad to see his former teammate depart, though accepts the playmaker’s decision to leave after several seasons in the Premier League.

“Chris is an amazing player,” Alli said, as per the Mail. “But it came to that point where he wanted to move on.

“It was sad for me and the other boys because he got on with everyone, he was a great squad player, he got on well, he was great in training and always working hard on the pitch.

“He gave me a lot of assists as well and I am going to miss them, but at the same time I wish him all the best and I am sure we will speak soon, maybe go for dinner.”