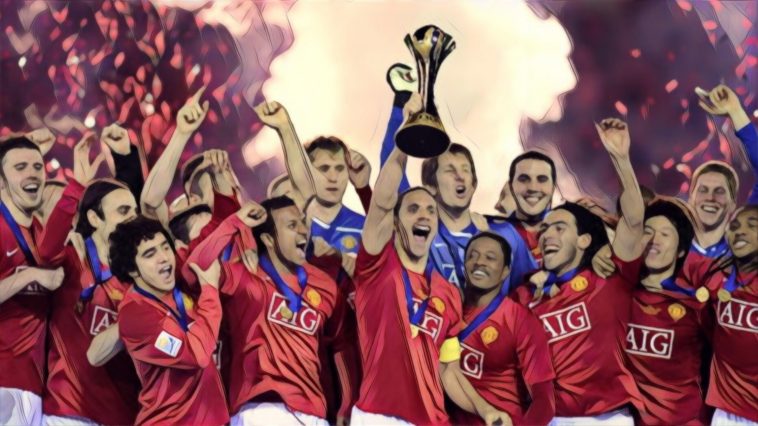 Liverpool are aiming to become only the second English team to ever win the current incarnation of the world championship in club football.

Various versions of a world cup for clubs have existed over the years, but the ongoing Fifa Club World Cup is the officially recognised competition to crown a global champion.

Liverpool are competing in it this week after winning the Champions League earlier this year, and will face Brazilian outfit Flamengo, who won the Copa Libertadores last month, in the final on Saturday.

Four teams have previously represented the Premier League in the competition, but only one English side has managed to bring home the trophy. Considering the financial muscle of clubs in the country, why do they have such a patchy record? We’ve looked back at each participant to find that out.

In the 1999/2000 season, Manchester United jetted off to Brazil for the inaugural Club World Cup. The only problem was, it was slated to begin during the first week of January, which is traditionally when the FA Cup third round takes place. The club chose to pull out of the cup, a decision that is widely credited with its devaluation in recent times.

Some said United were justified in going and taking advantage of the commercial possibilities it presented, while others criticised them for not, at the very least, fielding a reserve squad in the FA Cup – bearing echoes of this year’s tournament when Jurgen Klopp warned that Liverpool may have to pull out of the League Cup, before fielding essentially a youth team in the quarter-final against Aston Villa.

If the Red Devils were looking for vindication on the pitch, they didn’t find it. They flew out to South America as the indomitable Treble winners with expectations of trouncing the opposition, but instead they were embarrassed on the world stage.

The first edition of the tournament featured two groups of four, but United could only manage one win out of their three matches, beating South Melbourne 2-0. In the opening game they needed Dwight Yorke to snatch a late equaliser against Mexican outfit Necaxa, before getting solidly beaten 3-1 by Vasco Da Gama of Brazil. Romario scored twice that day, alongside this filthy effort from Edmundo.

The only consolation was that Real Madrid, who were invited by Fifa, didn’t fare much better, losing a third-place playoff to Necaxa on penalties; former Liverpool midfielder Steve McManaman missed one of the spot-kicks. United did at least win the Intercontinental Cup in November 1999, defeating Palmeiras in Tokyo, Japan.

The tournament, which was set to be hosted by Spain in 2001, was actually postponed due to “financial problems and a congested fixture list“. The postponement was initially meant to last until 2003, but it didn’t return for another two years after that, meaning Liverpool featured in just the second Club World Cup ever.

The Merseyside outfit arrived in Japan basking in the post-Istanbul glow of their unbelievable Champions League triumph, and handily disposed of Singaporean side Deportivo Saprissa 3-0 in the semi-final. Steven Gerrard scored either side of a Peter Crouch effort.

Liverpool couldn’t get the job done in Yokohama, however, losing the final 1-0 to Sao Paolo. Mineiro scored the only goal of the game in the 27th minute, but the Reds could not muster up an equaliser as the Brazilians held on for victory.

Best of the 2010’s: Liverpool’s Team of the Decade

Nine years after the disaster in Brazil, Man United were far more successful in their second appearance in the Club World Cup in 2008.

United, who had won a Premier League and Champions League double the previous season, defeated Japanese outfit Gamba Osaka 5-3 in a frankly ridiculous semi-final. There were four goals between the 74th and 79th minutes, before Osaka scored two late consolation goals in the final six minutes of the match.

In the final they faced Liga De Quito, an Ecuadorian club who had beaten Fluminense in the Copa Libertadores final earlier that year. Wayne Rooney was the difference maker in the decider, scoring the winning goal in the second-half as Alex Ferguson completed the set of major honours in premier competitions.

Following their improbable Champions League success in the previous campaign, Chelsea arrived in Japan for the Club World Cup having already sacked their manager. Roberto Di Matteo had been replaced by Rafael Benitez, but the Spaniard could not guide the Blues to world glory.

It got off to a good start for the South West London outfit though, as they breezed past CF Monterrey – the same team who gave Liverpool a mighty scare this past week – 3-1 in the semi-finals, with the goals coming from Juan Mata, Fernando Torres and a Darvin Chavez own goal.

In what has become a bit of a tradition for English teams in this competition, Chelsea lost to a Brazilian team in the final. Peruvian legend Paolo Guerrero scored the winner for Corinthians in the 69th minute of the game.

Can Liverpool buck the trend and be the first English team to beat a Brazilian club in the Club World Cup when they face Flamengo on Saturday?