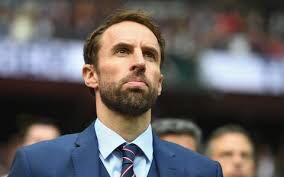 There are merely two games left in England’s World Cup qualifying campaign and Gareth Southgate still hasn’t decided on his captain for the main tournament.
The Three Lions take on third place Slovenia in a game which neither side can afford to lose. England can seal qualification with a win, although if Slovenia lose, it would likely take them out of the running for the play-off.

Who takes over from Rooney?

Four players have worn the captain’s armband since Southgate took charge of England. Jordan Henderson, (4) Harry Kane, (2) Gary Cahill and Joe Hart (1). However, two of the four have come under heavy criticism from fans due to poor performances. Based on current form and his role in the team, it is expected that Kane will take the armband on a full-time basis. However, there are arguments for Henderson and Cahill taking the role. So, who should Southgate pick as his captain?

The goalkeeper position for England is arguably stronger than it has been for years, with the likes of Fraiser Forster, Jack Butland and Jordon Pickford all desperate for a chance to challenge Hart for his England Jersey. However, Hart’s performances this season have been extremely disappointing as only Crystal Palace have conceded more than Hart’s West Ham, which brings up an argument is it time for Joe Hart to sit out? With such goalkeeping quality in backup positions, it certainly couldn’t hurt England to give other options a chance.

Dele Alli serves his one match-ban for his middle-finger gesture “aimed at Kyle Walker” which leaves a massive gap in the number ten role for England. However, with no other solid number 10 in the squad, a change of formation may be required.

Manchester City duo Raheem Sterling and John Stones will be hoping for starts due to their impressive form for Manchester City. Meanwhile, the likes of Jake Livermore, Harry Winks, Harry Maguire and Aaron Cresswell will be looking for a rare chance to impress.

Slovakia are without defender Miral Samardzic. However, potential goalkeeper of the year Jan Oblak and captain Bostjan Cesar are likely to start.