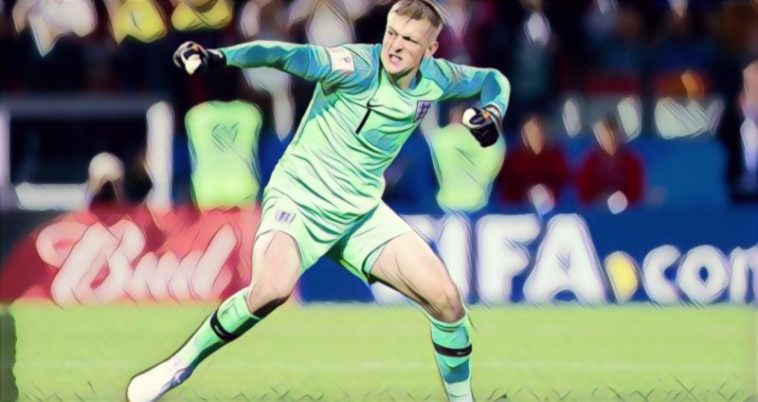 The Everton number one was one of the big success stories of the summer as England made an unexpected run to the World Cup semi-finals.

They were ultimately knocked out by Croatia, a game in which Pickford made an excellent save to deny Mario Mandzukic, and when discussing his summer’s heroics in Russia, he revealed that he grew up watching former Manchester United ‘keeper Peter Schmeichel, as well as former Sunderland ‘keeper Thomas Sorensen:

“I spread myself really well for that Croatia one,” he said in an interview with the Daily Mail.

“I grew up watching Peter Schmeichel videos, so there may have been some of that there. As a Sunderland fan, I loved Tommy Sorensen. I watched football but I was a kid who really preferred being out on the street with my mates playing hide and seek! That’s me – a bit daft! I was out playing football every day on the Tarmac, diving to make saves.

“As a keeper, you need every tool in the box. You can be technically great but it’s all about keeping the ball out the net. You need guts. Mark at Sunderland used to say the job is keeping it out, however scruffy or technically perfect it may be.”

Pickford has cut short his post World Cup holiday in order to be ready for Everton’s Premier League opener next week, where they take on newly promoted Wolves.