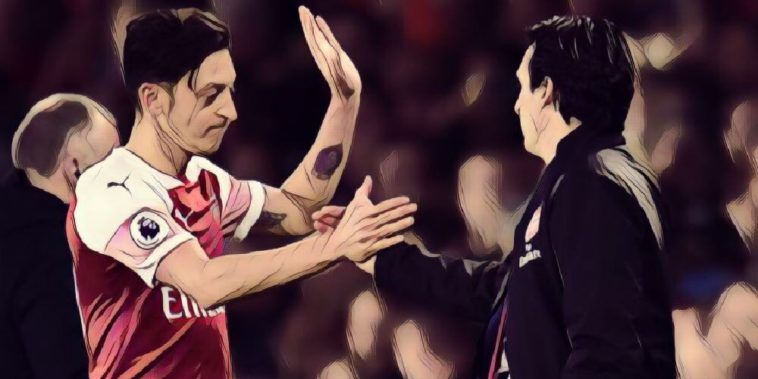 Mesut Ozil’s Arsenal future has been plunged into further doubt after Gunners boss Unai Emery revealed that other players deserve a place in his side ahead of the club’s top wage earner.

Emery has never seemed to really trust the talented but divisive playmaker, using the former Germany international sparingly last season, and the 30-year-old has been used featured once in the Premier League so far in the current campaign.

Emery is known to want his side to play a high-intensity pressing game and many believe the Spanish coach does not think the £350,000 attacking midfielder brings the type of work ethic he demands from his players.

However, speaking ahead of tomorrow’s clash with Bournemouth at the Emirates, Emery insisted that Ozil can adjust to his desired style of play, he simply feels that other players have done more to merit a place in his team.

‘He can play how I want, but now we have a lot of players being competitive in each position on the pitch and they deserve to be able to help and to play,’ Emery said.

‘Now every player is the same and I want to train, I want them to be pushing to achieve one position in the squad, in the first XI.

‘If we continue being competitive and getting better, it is the best for our present and future.’