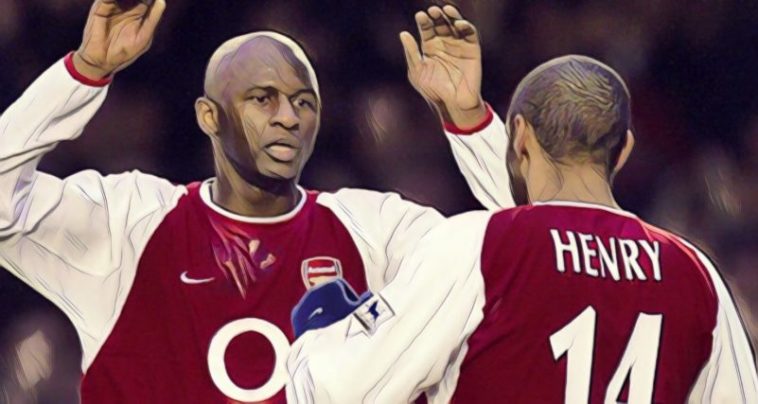 The opening weeks of the new Premier League season has seen contrasting fortunes for the division’s top six.

League leaders Liverpool have enjoyed a flawless start to the new campaign and hopes have been raised over a long-awaited title triumph, whilst the likes of Manchester United and Tottenham Hotspur have underwhelmed thus far.

Elsewhere Frank Lampard’s youthful Chelsea side continues to blossom, champions Man City attempt to close the gap and Unai Emery bids to prove he’s not simply Arsene Wenger reincarnated. After analysing the starts of the league’s leading clubs, we’ve decided to play fantasy regarding each club’s wants and needs as they bid for success,

Here is one past player each top-six club wished they could have right now:

For many years now Arsenal have been accused of lacking a solid spine, with a series of timid and underwhelming collapses bringing criticism over a lack of character and leadership.

Whilst their frustrating defensive fragility has often been mentioned, not least by this writer, an absence of midfield bite has also undermined their obvious attacking threat.

What Unai Emery would do to bring in a prime Patrick Vieira to the Emirates, a powerful and combative midfielder who would bring substantial presence to both the pitch and dressing room.

Arsenal fans have been left dismayed at the recent appointment of much-maligned midfielder Granit Xhaka as the club’s new permanent captain, a player many feel not fit to lace the boots of their iconic former skipper.

Another former captain in Tony Adams would also prove a welcome addition to bring solidity at the back, but Vieira’s ability to influence proceedings all over the pitch shades it for the formidable Frenchman.

Read: 10 of the best quotes about Arsenal legend Patrick Vieira

Frank Lampard has been praised for his integration of the club’s best young talent so far this season, though the Chelsea boss would surely appreciate the leadership of his former teammate to help guide his emerging side.

Whilst attacking talents such as Mason Mount and Tammy Abraham have thrived since being handed their opportunity, Lampard has so far struggled to find the right balance defensively. Both Kurt Zouma and Andreas Christensen have failed to impress thus far, with youngster Fikayo Tomori looking the club’s best central defensive option.

Placing a prime Terry alongside the developing Tomori would help the defender’s game immeasurably, whilst Terry would help shore up Lampard’s defence and bring vocal leadership to Lampard’s youthful and inexperienced team.

Continuing on from our theme of restoring iconic Premier League captains to current line-ups, we’ve brought former Liverpool skipper Steven Gerrard back into Jurgen Klopp’s midfield. The German manager has developed his Liverpool side into one of Europe’s finest, as demonstrated by their 16 game winning run in the division and status as champions of Europe.

In a team lacking many weaknesses, one criticism often directed towards the Merseyside outfit is their lack of goals from midfield. Whilst the likes of Jordan Henderson, James Milner, Fabinho and Geroginio Wijnaldum are vital to Klopp’s gegenpressing style, they all remain work-man like and unlikely to decide a game.

Liverpool’s explosive front three can often be relied upon for winning fixtures, though a midfielder with the dynamic ability to join the forwards and score goals could improve the side further.

It had been hoped that one of Alex Oxlade-Chamberlain or Naby Keita could bring that missing dynamism, though a prime Steven Gerrard would be a significant upgrade on that duo.

Read: 10 of the best quotes about Liverpool legend Steven Gerrard

Another difficult selection, given the current success of Pep Guardiola’s winning machine. A team that has secured 198 points over the past two Premier League seasons and completed English football’s first-ever domestic treble may be difficult to improve, though their options at centre-back have been depleted since Kompany’s departure at the end of last season.

So who better to bring back into their ranks than the Belgian defender, though we’re rewinding several seasons to when he was one of the division’s most formidable central defenders. Quick, powerful and a natural leader, a prime Kompany would prove the ideal foil for Nicolas Otamendi as the club oversee their current injury crisis in defence.

Midfielder Fernandinho has currently been placed in the unorthodox position due to their lack of options, and City will hope it does not cost them points as the title race begins to heat up.

Ole Gunnar Solskjaer placed his faith in Marcus Rashford’s ability to be Manchester United’s attacking focal point this season, though for all his talent the 21-year-old is yet to prove he can be relied upon as a goal scorer. Likewise Anthony Martial, with many of the duo’s best displays often coming from wide areas.

Romelu Lukaku’s summer departure to Inter Milan left Manchester United short of a proven goalscorer, so we’ve opted for the former Netherlands international as our past recruit. Having arrived from PSV Eindhoven in 2001 for a British-record fee, the forward would enjoy a prolific five-year stay at Old Trafford before falling out with Sir Alex Ferguson and moving to Real Madrid.

Harry Kane continues to be a prolific goal scorer and Son Heung-Min a potent threat, though that duo would surely thrive with the service provided from former star Ginola.

Named as the Premier League’s Player of the Season in a Tottenham team which finished 11th in 1999, the Frenchman was a magical player to watch in full flight with a seamless ability to ghost past opponents.

Placing Ginola in tandem with Son and Kane would bring both productivity and entertainment, and the flair would certainly lift the doom and gloom currently surrounding the North London outfit.

Read: Five players who smashed it in Champions League gameweek 2