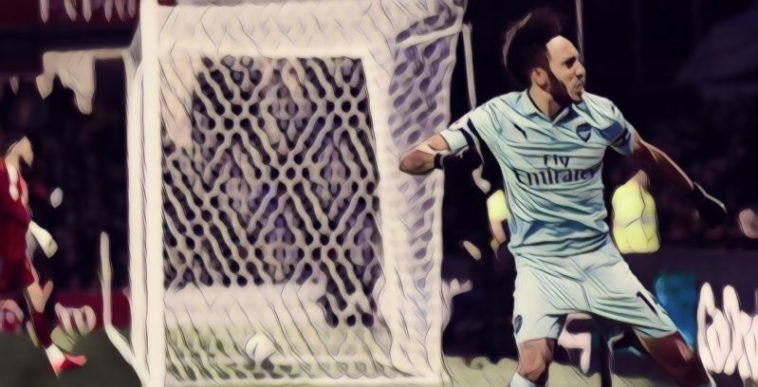 Arsenal gave their hopes of finishing in the top four this season a major boost, by beating Watford 1-0 at Vicarage Road tonight.

Pierre Emerick-Aubameyang put the Gunners ahead on 10 minutes when he charged down Watford ‘keeper Ben Foster’s attempted clearance with the ball rebounding off the Gabonese striker and into the Hornets net.

It seemed that Arsenal would then stroll to a comfortable win when Watford captain Troy Deeney was shown a straight red card for a forearm smash into the face of Lucas Torreira just a minute after Aubameyang’s goal.

However, Watford looked much the better side despite being down to 10 men, and on the balance of play Javi Gracia’s men were unlucky to come away from the game with nothing.

Speaking after the game Arsenal boss Unai Emery was happy to get the win, but admitted his side could have controlled the game better, considering they played for almost 80 minutes against 10 men.

“We were competitive today but in the circumstances we can control the match better. We didn’t make it easy to score the second goal. We did not control the ball in the attacking third,” Emery told BBC Sport.

“When it is 1-0 they have chances, their moments. Mostly they attack with set-pieces. This three points is very important in the table.

“A clean sheet is very important. It is going to give us a lot of information, this match. Our analysis will give us confidence.

“For some players like Konstantinos Mavropanos it is good, to play some minutes and give other players some rest for Thursday. It is a different competition, we have a two-goal advantage against Napoli but it is going to be very difficult.”