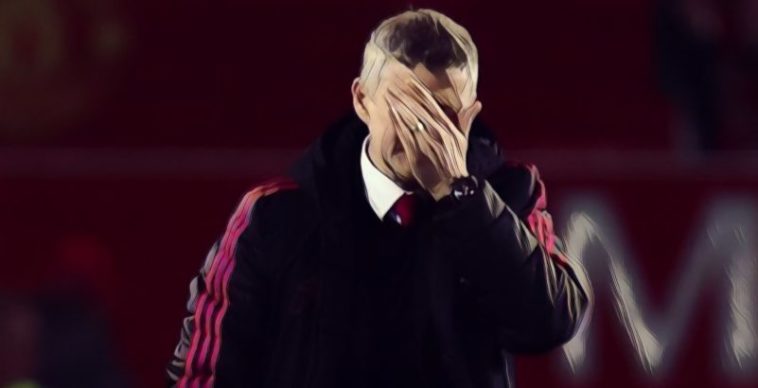 Manchester United’s embarrassing approach to the transfer window has taken a new turn following the news the club made a desperate attempt to sign Borussia Dortmund defender Nico Schulz on deadline day.

Ole Gunnar Solskjaer’s side embarked on a final day splurge as the club sought to plug the apparent gaps in their squad late in the window, securing the signing of Alex Telles and Edinson Cavani on deadline day, in addition to sealing deals for teenage duo Facundo Pellistri and Amad Diallo.

After a window spent making advances in the direction of Jadon Sancho without making any form of tangible progress in a deal, it resembled a frantic day of panic buying for the club’s hierarchy who have once again showcased their incompetency in the transfer market.

According to ESPN, amongst their flurry of activity also included a late move to sign Dortmund defender Schulz on loan, an approach which left the Bundesliga side ‘baffled’ in the final hours of the window and – like many across the footballing world – questioning United’s recruitment staff and policies.

The Germany international moved to the Westfalenstadion in a €25m deal last summer but has largely struggled to make an impression, with the Red Devils reportedly approaching Dortmund over a loan deal for a player who made just seven league starts last season.

United’s approach came after a dreadful defensive display in the 6-1 defeat to Tottenham with Luke Shaw amongst those to have received fierce criticism at left-back, the signing of Telles providing the England international with much needed competition.

The late, late interest in Schulz nevertheless came as a surprise to Dortmund who had seen the Premier League side spend the entire summer arrogantly and naively attempting to lower their demands for Sancho, leading the club to question ‘the credentials of United’s recruitment and scouting team’ according to a source.

It is yet another indictment of a much-maligned board that lacks the direction or planning required to turn United into challengers for major silverware once more, the club’s plight unlikely to significantly improve without changes from top to bottom.