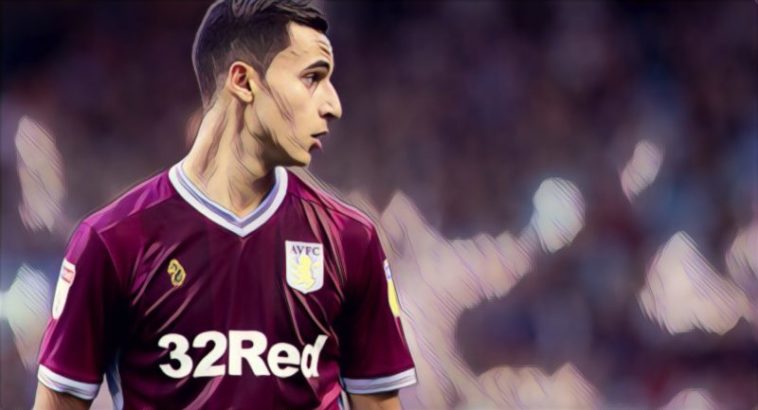 Aston Villa winger Anwar El Ghazi has hailed the club’s fans for their support since his arrival at the club.

The Dutchman arrived at Villa Park on a season-long loan from Lille in the summer, making nine appearances and scoring four goals, and the 23-year-old has been impressed by the support of the Championship club’s fans.

“They are fantastic. They have made a great impression on me.’’ El Ghazi told Villa’s official website.

“The thing I have seen is that the fans are really with us. They are behind us. We can feel that. It’s important to know that and feel that. You have a better chance of succeeding when everyone is together.”

The Villa fans have even created their own chant for the 23-year-old, who scored twice in the recent draw with West Brom, and El Ghazi has thanked the fans for their support.

“To have that level of affection with the fans makes me feel very special. I thank them for that.

“I really like the song too. The first time I heard it, I was laughing to myself about it – the sentiment.

“It’s important when you have that bond with the fans, that you give something back to them. I intend on doing that here with Aston Villa.”