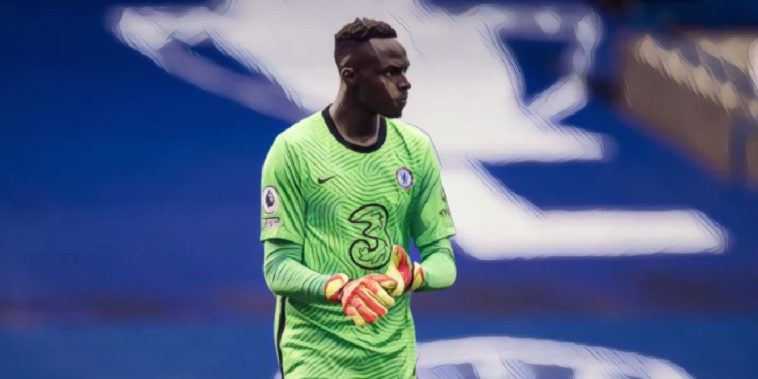 Chelsea ‘keeper Edouard Mendy has revealed the two players who have helped him to settle so quickly at the club, after his impressive start to life at Stamford Bridge.

The Senegal international has been a revelation since his summer arrival from Rennes in the summer, replacing the erratic Kepa Arizabalaga in the net following the recommendation of Petr Cech and going on to make a string of impressive performances.

The 28-year-old was a relatively unknown quantity before arriving in England and didn’t actually sign his first professional contract with a club until he was 24, yet has gone on to register seven clean sheets and concede just three goals in all competitions.

Such form has left Chelsea well-placed to challenge for the title domestically, while they’ve also already secured passage into the last-16 of the Champions League after just four games. While Mendy deserves huge credit for his displays, the stopper was keen to praise the club for helping him settle so quickly, with French-speaking defenders Kurt Zouma and Thiago Silva playing a crucial role.

“Everyone has done everything to help me integrate as smoothly as possible, the players, the staff, they have all helped me,” he told Chelseafc.com.

It's a Mendy thing. 🧤 pic.twitter.com/MQDVC1PhYD

“I respond to that by devoting myself to being the best goalkeeper I can be on the pitch, by doing what I can every day in training and in matches. I will continue like that to keep trying to help the team.

“I have joined a very good club. I feel good in this team. I have got to know them and gained an affinity with them which helps during games. Of course with Kurt and Thiago they speak French which is good for me, but I can communicate well with the other players too and I am really enjoying it.”

The Blues most recent fixture saw them overcome Mendy’s former outfit Rennes on Tuesday night courtesy of a late Olivier Giroud winner, with the Chelsea ‘keeper revealing the emotions surrounding his return to the club that he spent the 2019/20 season with.

“Before the match I had a lot of emotions because I know the journey to the ground and then when I saw the stadium I had a wonderful feeling inside,” he added.

“Then my thoughts turned to the principle feeling which was to win the match and secure qualification. That’s what we did. It was a difficult game, we knew it would be, but we should great spirit to fight until the end.

“After the game it was great to see everyone who works around the stadium, the players and the staff and talk to them.”