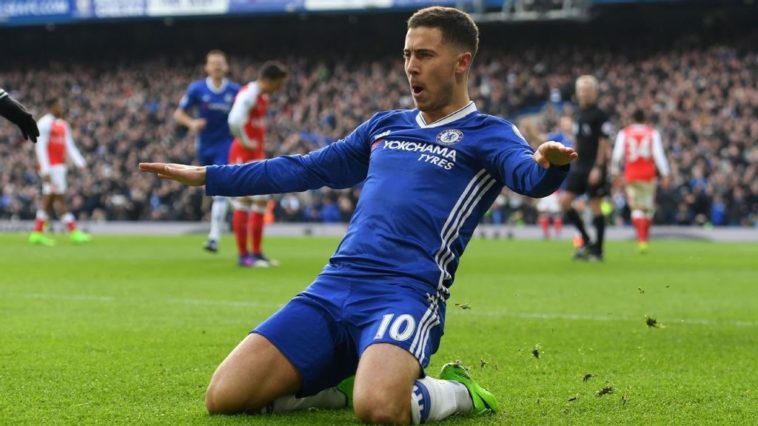 Eden Hazard is set to reject a potential world record transfer to Real Madrid to stay at Chelsea this summer.

Real Madrid are believed to be keen on signing the Belgian after a phenomenal season at the Blues, and are prepared to offer £100million for his services.

However the 26-year-old has ruled out making a move just yet, saying he plans on staying in West London for at least two more years,

Speaking to the Strait Times he said:

“I’m good here. I’m at one of the best clubs in the world and I think I’m gonna stay for a couple of years. I’m very happy. You can see on the pitch that I’m happy.

“Next season, we will have the Champions League to play but we want to keep the Premier League trophy in Chelsea. It’s going to be hard but we know [people] expect a lot from Chelsea now.
“But now is the time to think about holidays.

“It’s the dream of players to win everything but in football, it’s very hard. We will work for that and we will see.

“We won the league and if we want to achieve more, we have to improve and work more. And if we bring in some new players, why not?”

The London Evening Standard claim that Chelsea are preparing to offer the Belgian a new £300,000-a-week deal.

After a disappointing campaign in 2015/16, Hazard’s form came back with a bang this season, scoring 19 goals in 42 appearances.