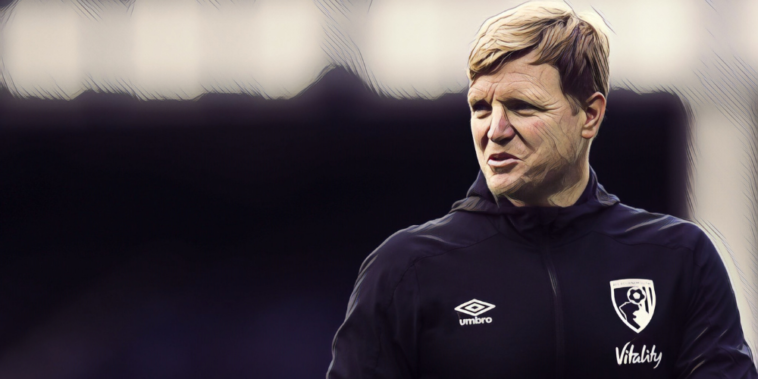 Eddie Howe is close to taking charge at Newcastle after agreeing a deal in principle to become the club’s new manager.

Howe is set to sign a deal with Newcastle after impressing the club’s ownership during an interview last weekend, with the former Bournemouth manager agreeing a contract until 2024.

The 43-year-old has been without a club since leaving Bournemouth at the end of the 2019/20 season, having guided the Cherries from the fourth tier to the Premier League across two spells on the South Coast, before a five-season spell in the top-flight.

The Guardian are reporting that Howe will look to bring in several of his backroom staff from Bournemouth – including former assistant Jason Tindall – though current caretaker boss Graeme Jones has been assured he will retain a role and looks likely to remain in charge for the club’s clash with Brighton tomorrow.

Howe emerged as the leading candidate after Unai Emery – a name who reportedly received unanimous backing from the Magpies’ new ownership – turned down the opportunity at St James’ Park in order to remain with Villarreal.

Newcastle have been without a manager since the departure of Steve Bruce on October 20 and are currently mired in the Premier League’s relegation places following a winless start to the season.