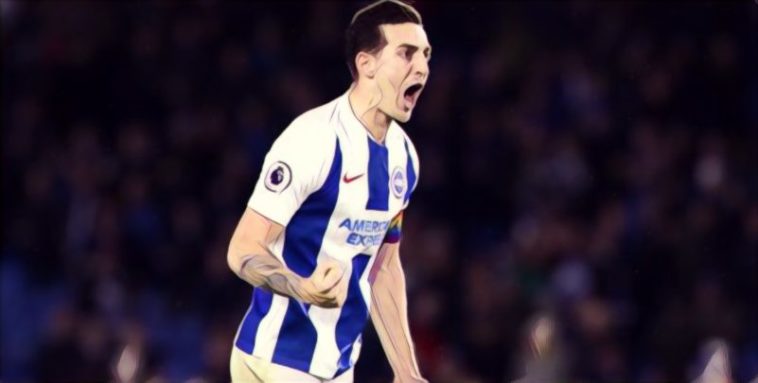 Lewis Dunk has praised his Brighton teammates for beating Crystal Palace ‘the hard way’ after they were forced to play for 62 minutes with 10 men in the M23 derby.

Veteran striker Glenn Murray gave the Seagulls the lead after 24 minutes from the penalty spot, but the hosts found themselves down to 10 men just four minutes later when Shane Duffy was sent off for violent conduct.

However, despite being a man light, Brighton surprisingly went into the break 3-0 up thanks to goals from Leon Balogun and Florin Andone, who had replaced Murray after he picked up an injury.

Luka Milivojevic scored a late consolation for the Eagles, and speaking after the game, Brighton’s Lewis Dunk praised his sides ‘character’.

“We had to do it the hard way. We showed the character we have in the team after the sending off. I thought Florin Andone was the best player on the pitch tonight,” Dunk told the BBC.

“It was always going to be hard even with 11 men. We had to defend our box and we did that outstandingly. Massive credit to our boys, we worked our socks off.

“The win is for the fans, they love that. We were playing for them. They have the bragging rights. I hope they enjoy it.”