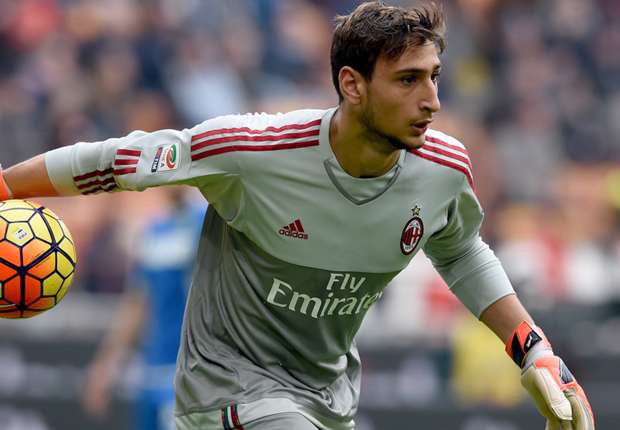 AC Milan goalkeeper Gianluigi Donnarumma has put Manchester City and Manchester United on high alert after telling friends he is moving to the Premier League.

The 18-year old has had a fantastic career so far at AC Milan, despite his tender years, but has now apparently rejected a new contract offer by the Rossinieri.

The goalkeeping sensation, who is tipped to take over from Gianluigi Buffon as the Italian number one, has apparently told his friends that he is moving to the Premier League.

This has put the Manchester giants on high alert, both of which could be looking for a new goalkeeper this month.

Pep Guardiola is looking for his second new goalkeeper in two years following the disappointing signing of Claudio Bravo from Barcelona last summer.

Jose Mourinho on the other hand has one of the worlds best ‘keepers in David de Gea, but the Spaniard has once again been linked with a move to Real Madrid, leaving United with a vacanc for a new number one.

Donnarumma has just one year remaining on his deal at the San Siro, and is believed to be ready to snub a new deal in Italy to move to the Premier League.

The Sun claims Manchester City will offer him £70,000-a-week to lure the teenager to the Etihad, whilst Manchester United would also be able to match their rivals offer.

The keeper could be available for as little as £20million, a relative bargain for a player with such immense talent and potential.

How good is Donnarumma already and how good could he become? What is he worth? Where would he be best suited? Leave us a comment below