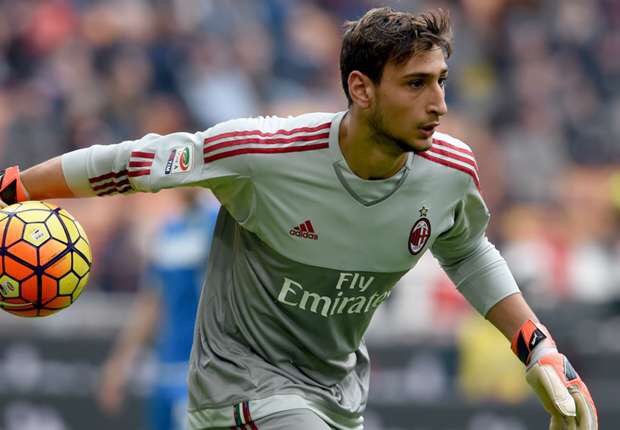 Gianluigi Donnarumma has been offered to Man Utd and Real Madrid according to reports in Spain.

Marca report that the 18-year-old has rejected three new contract offers from AC Milan. His current deal with the Rossonieri expires next summer.

The 12 time European champions have been heavily linked with a move for Manchester United goalkeeper David de Gea for a number of years. The United stopper still has two-years remaining on his current deal with the option of a third, meaning United can demand in excess of £60million for the three time Player of the Year.

While willing to move back to the Spanish capital, he is believed to be happy at United and unwilling to force a move away.

Donnarumma would be a good alternative to the Spain number one, and could be available at a fraction of the price, or indeed for free next summer.

He would also be a good replacement for de Gea at Manchester United should the Spaniard make the move to Madrid.

Real Madrid still have plenty of decisions to make regarding their goalkeeper position after current number one Keylor Navas finished the season in fine form.