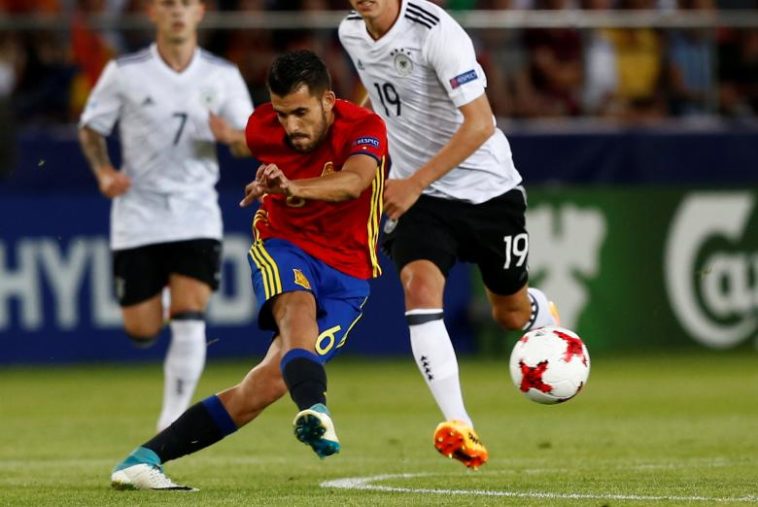 Real Madrid have signed Dani Ceballos from Real Betis on a six year contract. The deal is worth €17 million, slightly more than his release clause.

The 20-year-old won the Player of the Tournament in the U21 European Championships this summer and was wanted by both Real and Barca after numerous impressive performances last season. Dani has spent has entire career until now with Betis, making his way up the ladder.

“Real Madrid and Real Betis Balompie have agreed the transfer of the player Dani Ceballos, who will be connected to the [Bernabeu] club for the next six seasons. The player will be presented next Thursday July 20, at 13:00, in the VIP suite at the Santiago Bernabeu stadium. The next day, Friday 21, he will join up with the squad’s pre-season in the United States.”

Ceballos was heavily linked with Barcelona too, but Real eventually managed to pursuade him to move to Madrid. Dani has already played 105 times in the Spanish first and second divisions, scoring seven goals.

Ceballos is the second signing of this window (excluding players coming back from loan). The player is naturally a central midfielder but can play as an attacking mid too.

He his joins U-21 team-mate and good friend Marco Asensio at the club along with a few other international colleagues. Dani will most probably be a replacement for James Rodriguez, who has joined Bayern Munich on a two year loan.