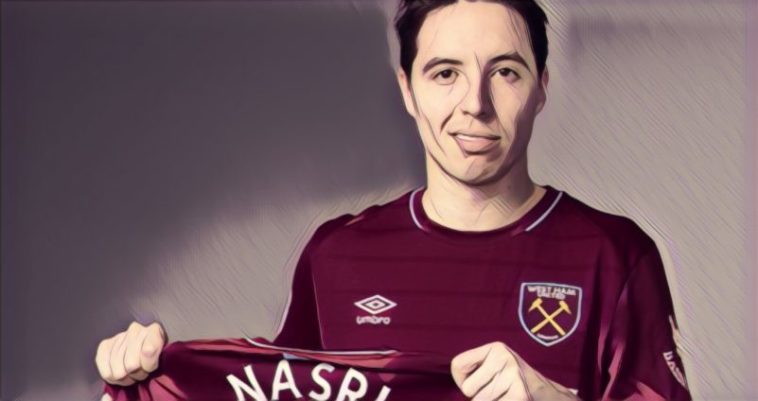 West Ham United have completed the signing of Samir Nasri on a six-month contract until the end of the season.

The former Manchester City and Arsenal midfielder has been training with Manuel Pellegrini’s side as he served an 18-month ban for doping, and a deal has been finalised for the completion of his ban on January 1st.

The 31-year-old Frenchman previously played for Pellegrini during their time together at Manchester City, winning a Premier League and League Cup double in 2013/14, but has been without a club since leaving Turkish side Antalyaspor on 31 January.

Pellegrini had been keen to add to his creative options, having seen Manuel Lanzini, Jack Wilshere and Andriy Yarmolenko suffer long-term injuries, and is delighted to be reuniting with Nasri at The London Stadium.

“He is a player I obviously know well from our time together at Manchester City and I am happy to be working with him again.’’ Pellegrini told West Ham’s official website.

“He has been working very hard here in recent weeks to build up his fitness and condition after a long period without playing, and he is now very determined to return to his best.”