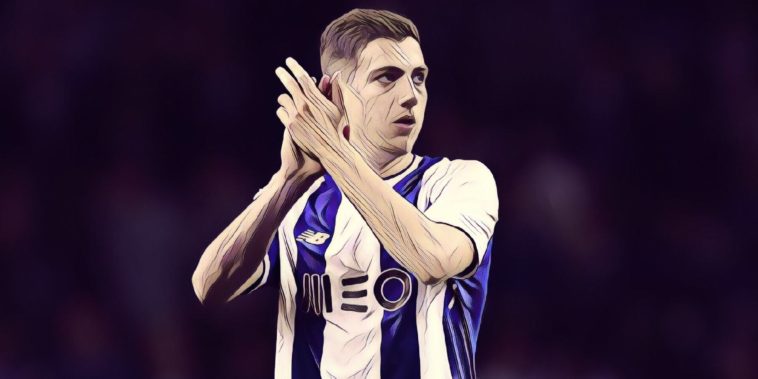 Manchester United have announced the signing of Diogo Dalot from F.C. Porto.

The relatively unknown right back moves to the Premier League giants on a five-year deal, after United triggered his €20 million release clause.

He had a breakout season with the Portuguese champions, making his debut in February, but has an abundance of experience in their youth team and with Portugal’s under-21 side.

Such has been his progress at Porto, he was even selected to play in this season’s Champions League game against Liverpool at Anfield, helping his side to keep a clean sheet.

Speaking to the Manchester United website, Jose Mourinho said: “Diogo is an extremely talented young defender with all the qualities to quickly become a great player for this club. He has all the attributes that a full-back needs: physicality, tactical intelligence and technical quality, combined with a Porto Academy mentality which prepares players for the maturity they need at the professional level.

“In his age group, he is the best full-back in Europe and we all believe he has a bright future ahead of him at Manchester United.”

Meanwhile, Dalot said: Diogo Dalot said: “Joining Manchester United is an unbelievable opportunity for me. I have grown up in Porto’s Academy and I am so thankful for everything they have done for me. But the chance of coming to the biggest club in the world is something I just couldn’t turn down.

“I’m excited about working with Jose Mourinho and learning everything I can from such a successful coach. I am looking forward to playing alongside the fantastic players in the squad.”