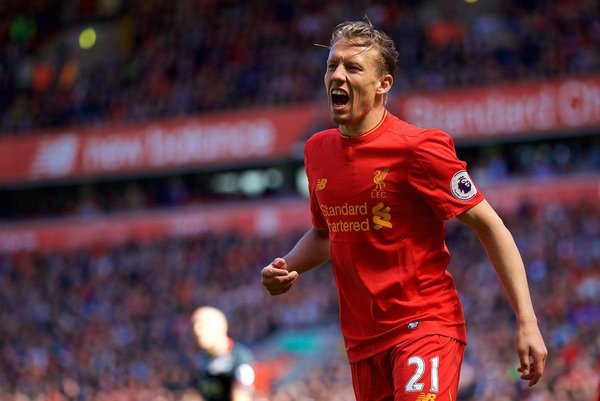 Liverpool have officially confirmed that midfielder Lucas Leiva has left the club and joined Lazio. The fee is believed to be around £5m.

There has been speculation that Lucas would leave Liverpool for the past few transfer windows but Liverpool have announced that Lucas’ 10 year stay at Liverpool has come to an end.

Lucas joined the club from Gremio in 2007 but struggled in his first few years with Xabi Alonso and Javier Mascherano preventing him from getting in the starting XI. However Lucas eventually made the breakthrough and has gone on to become a very popular figure at Anfield.

Whilst Lucas may not have been one of Liverpool’s best midfielders he will certainly be remembered as a loyal servant to the club who always gave his all.

In a farewell letter to fans Lucas said the following:

“From the bottom of my heart, thank you to every single Liverpool fan. My family and myself will always be grateful for your support and for being part of this great club, which means we will also be sad now that the time has come for me to leave.”

Lucas joins a Lazio side who will be looking to improve on their fifth place finish last season. The hard tackling, passionate Brazilian will hope to make an impact at his new club and bring them success.