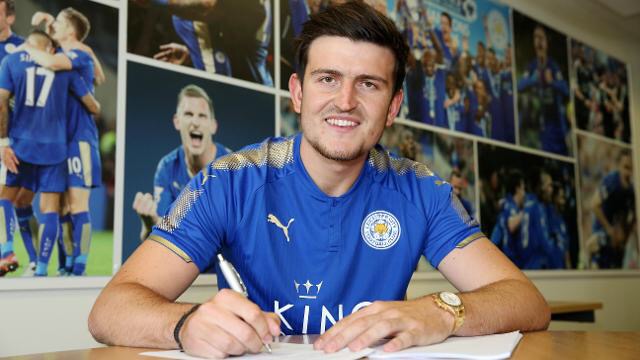 Leicester City have completed the signing of Harry Maguire from Hull City.

The defender had an excellent season for Hull City last season, despite the clubs relegation to the Championship, and has been rewarded with a chance to stay in the Premier League.

The 24-year-old revealed that a number of clubs who wanted his services, but after talking to Leicester boss Craig Shakespeare, he knew that was where he wanted to go.

“It’s obviously a very exciting time for myself. Once I had my eyes on this club, I always wanted to join. Thankfully I’m here so I can’t wait to get the season started and kick on.

“There were a number of clubs interested, but when I met the manager here, he pretty much swayed it into the direction of this club. He showed me the way that the Club is going. It’s on the up and it looks very promising for the future, so credit to the gaffer.

“You can see that with the structure of the Club, it’s going to look upwards rather than down so that was a big reason why, as soon as I knew there was an interest, I wanted to jump at the opportunity.”

The deal to take Maguire to Leicester is believed to be worth around £17million, with £12 being paid up front.