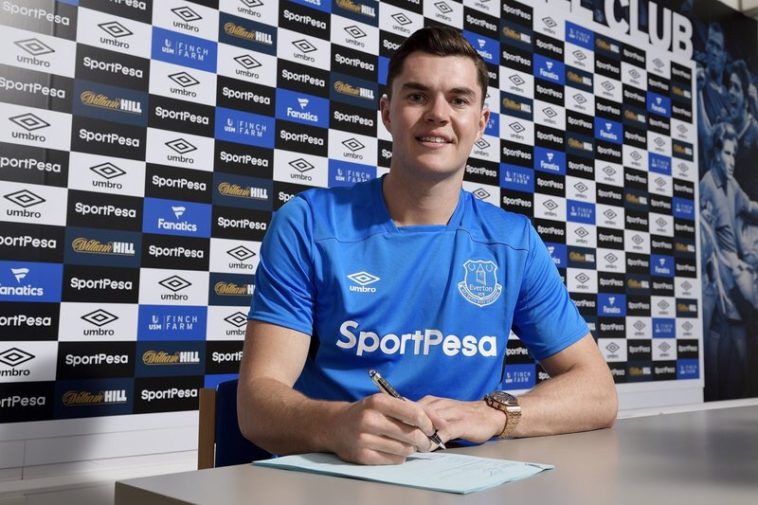 Everton have taken their summer spending to £90m with the addition of Michael Keane to their ranks.

Keane has made the £25m from Burnley to Goodison Park to become the clubs fifth summer signing, and the second within a number of hours.

The newly capped England International joined Sandro Ramirez in joining the club today, as well as Jordan Pickford, Davy Klaasen and Henry Onyekuru, who all arrived earlier this summer.

Speaking to EvertonFC.com Keane described his delight at the move:

“I’m absolutely delighted to be at Everton, a fantastic football club with passionate fans and a great tradition and I can’t wait to come into training tomorrow to meet all the lads”

Keane was an integral part of the Burnley side who managed to achieve Premier League survival last season, and his performances earned him his England call up and subsequent debut.

He had been linked with a move to both Manchester United and Liverpool through the summer.

The signing also makes Everton the highest spending club in the Premier League this summer, with more signings linked.

Olivier Giroud, Moussa Dembele and Kelechi Iheanacho have all been linked with a move to Goodison Park as Ronald Koeman has to potentially replace Romelu Lukaku up front this summer.