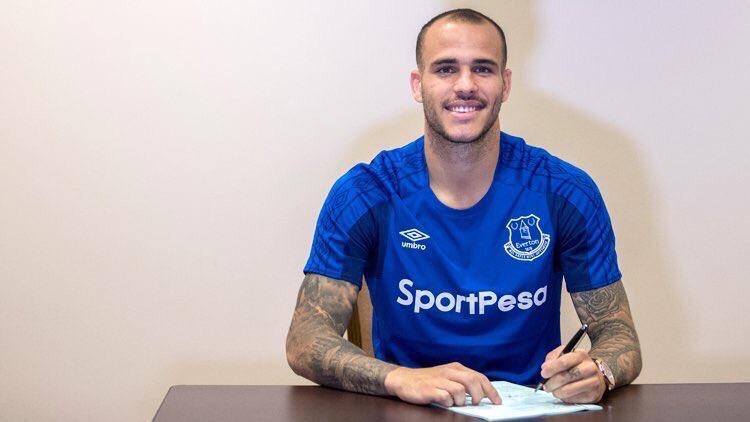 Everton have completed the signing of Sandro Ramirez from Malaga.

The 21-year-old moves to Goodison Park after the Toffees triggered the strikers £5.2m release clause.

The Spanish U21 international only moved to the South coast club last summer after coming through the Barcelona youth academy. He had become frustrated at his lack of opportunities at the Nou Camp, and managed to score 14 goals in his debut season with Malaga.

He had attracted interest from Atletico Madrid, but would have had to wait until January to play for the Rojiblancos had he made the move to the capital, prompting Ronald Koeman to sneak in and sign the striker.

Real Madrid were also believed to be interested in the player, but considering he sound be behind Karim Benzema in the pecking order, he has decided to make the switch to the Premier League.

“I’m very happy, this is a big step in my career.

“I know I’m signing for a massive club in England. Everton is the ideal place for me, I’ve got the ideal manager who is going to keep giving me the confidence to improve my game.

“I cannot wait to wear the blue shirt in front of the Everton fans at Goodison Park. It’s a big jump in my career coming to the Premier League and for a club like Everton which is really on the up. They have got big plans and want to succeed and keep developing. I’m hoping I can get to know my teammates as soon as possible, and want to adapt to the football and the way of life in the city.

“Everton have made some big signings and we’re hoping we can put in a great season and hopefully then we can achieve that aim of getting in the Champions League. It will be a big season for us.”

It is believed he will wear the number nine shirt at Goodison Park after it was vacated by Arouna Kane, who was released.