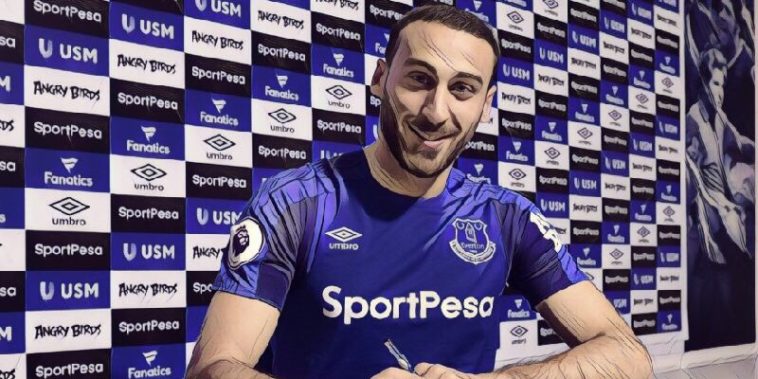 Everton have confirmed the signing of Turkish international Cenk Tosun in a £27m deal from Beşiktaş.

The striker has scored eight goals in 12 appearances for the Super Lig club this season, and had attracted attention from the likes of Newcastle and Crystal Palace. He now makes the move to the Premier League to lead the line for the Toffees.

Everton have been desperately lacking a striker since the £75m departure of Romelu Lukaku to Manchester United in the summer.

Speaking about his move, Tosun said:

“Everton is a great club with a big history and a big culture and I’m looking forward to showing the fans the kind of player I am,” said Tosun.

“I bring my skills here and everybody is going to see what kind of player I am. I believe I can be a good player in the Premier League for Everton.

“The Premier League is a strong league, I know that, so my own physical strength will help me. Also I can use both feet the same and I believe I am a good striker in the box.

“I’m excited to play with them and to learn from them as well, players like Wayne Rooney and the very good creative players we have here, too. They can help me score goals.

“I know the guys as I’ve always watched Everton’s games from Turkey, so I know a bit about the team already. I hope they can make a lot of assists for me!

“Sam Allardyce was a big part of my decision. He said he really wanted me here and to feel that, of course, is another big reason to come to Everton.”

Sam Allardyce had been hopeful of concluding a deal for the striker in time for him to be involved in the FA Cup tie against Liverpool on Friday night, but unfortunately it wasn’t to be. Everton lost the game against their Merseyside rivals 2-1.