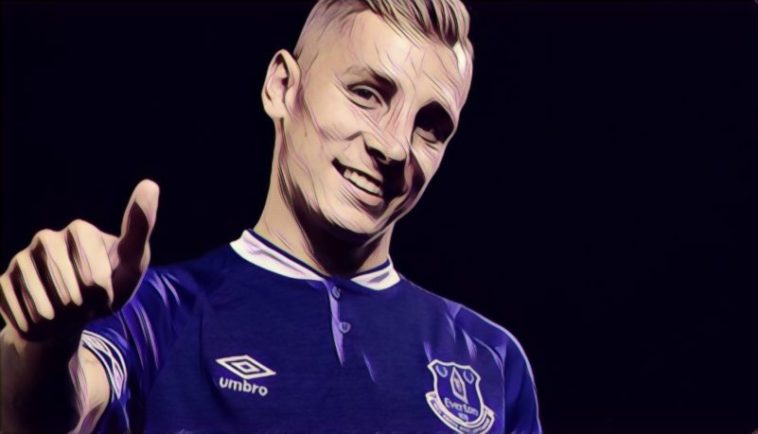 Everton have completed the signing of Lucas Digne from Barcelona in a deal thought to be worth around £25 million.

The 25-year-old joins Everton on a five year deal having failed to dislodge Jorginho Alba as Barcelona’s first choice left-back since moving to the Nou Camp from PSG in 2016.

During his career he has won three league titles, two in France and one in Spain, and is expected to be a long term replacement for the ageing Leighton Baines, with the former England international now 33-years-old.

Digne is expected to get plenty of game time this season, and he has said that he is excited for the opportunity to play in the Premier League:

“Everton is a big club with a great history. I want to play games, win games and excite the fans with the quality of our football,” Digne told evertontv.

“I played good football in Rome and I played well, too, in Barcelona. I progressed a lot as a player and as a person by playing with the best players in the world.

“When you play with the best players it helps you build your character and, of course, it helps on the training ground and during games, too, because you want to give the best of you.

“I want to show my best football here and discover the best league in the world. Everybody loves the Premier League. I am loving the fact I am coming here.

“I am not afraid, I am excited. For me, it is a new challenge to discover a country, a league, people and a great club such as Everton. It is fabulous.”