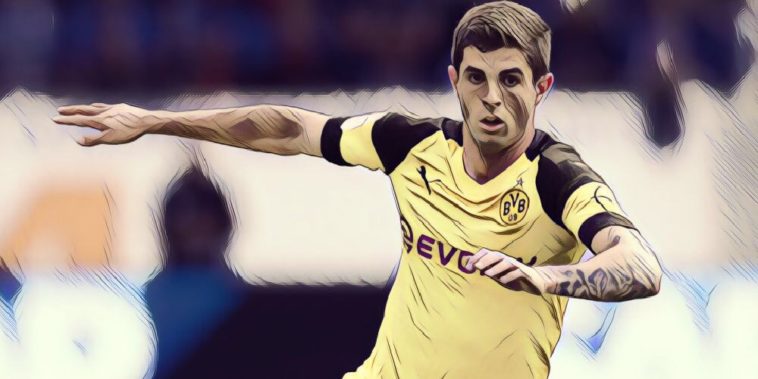 Chelsea have completed the signing of Borussia Dortmund star Christian Pulisic in a deal worth £58 million.

The January transfer window only opened yesterday, but Chelsea have wasted no time in making a big money move, swooping to sign the highly rated USA international, Pulisic.

While Pulisic is officially a Chelsea player, they have agreed to send him back to Borussia Dortmund on loan for the rest of the 2018/19 campaign, before finally joining up with his new teammates in the summer.

Speaking about his transfer, Pulisic wrote on social media: “In summer of 2019, I move to Chelsea and to a new competition, the English Premier League.

“It’s a privilege to have signed for such a legendary club and I look forward to working hard towards being a contributor to their team of world-class players.

“Looking forward to working with Maurizio Sarri and his technical team.”

Pulisic has scored three goals in 18 appearances this season, and becomes the third most expensive signing at Chelsea behind Kepa Arrizabalaga and Alvaro Morata.