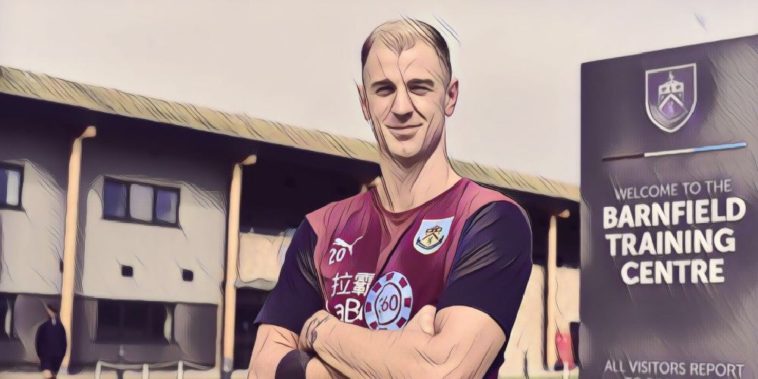 Burnley have announced the signing of Joe Hart from Manchester City.

The England international has signed a two-year deal with the Premier League club, after falling well out of favour at Manchester City under Pep Guardiola.

Guardiola’s arrival at the Etihad in 2016 saw Hart instantly demoted from the number one goalkeeper position, with Claudio Bravo being brought in from Barcelona as his replacement.

Hart would ultimately be sent out on loan to Serie A club Torino, and despite Bravo making a number of errors for City, Guardiola decided to sign Ederson Moraes last summer rather than reinstate Hart, who once again went out on loan, joining West Ham.

His spell at the London Stadium didn’t go so well either, and he ultimately lost his place in David Moyes’ side to Adrian, before missing out completely on Gareth Southgate’s England squad, with Jordan Pickford, Jack Butland and fellow Burnley goalkeeper Nick Pope all heading to Russia ahead of Hart.

However, Burnley have been gripped by an injury crisis in their goalkeeping department, with Nick Pope and Tom Heaton both being ruled out for this weekend’s Premier League opener against Southampton, leaving only former Man Utd ‘keeper Anders Lindegaard as a viable option between the sticks for the Clarets.

It is thought that the deal to take Hart to Turf Moor is worth £3.5 million.

Hart will wear the number 20 shirt at Burnley, although whether he will be the number 1 goalkeeper for the entire season is yet to be seen.