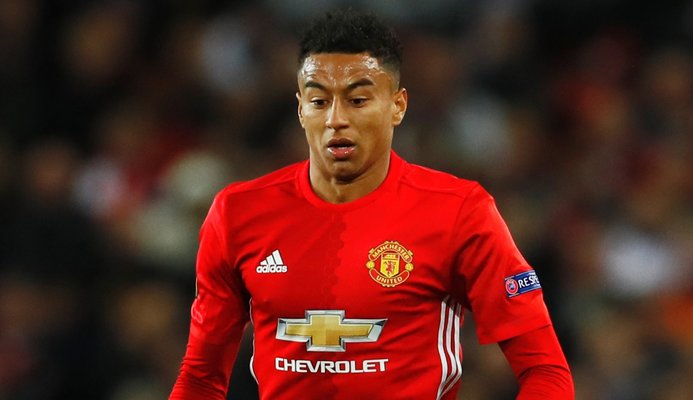 He’s the Wembley hero but does Jesse Lingard lack the quality to succeed at Manchester United?

Lingard, born in Warrington, just 20 miles west of Manchester, joined Manchester United in 2000. From the age of just seven, he progressed through the club’s famous academy and signed his first professional contract under Sir Alex Ferguson in 2011.

The 24-year-old spent various loan spells with Championship clubs Leicester City, Birmingham City, Brighton & Hove Albion and Derby County. It was only until the Louis Van Gaal era that Lingard really broke into the senior squad during the 2015/16 season.

By then, various former academy teammates had been offloaded to different clubs. Michael Keane joined Burnley, James Chester signed for Hull City and Paul Pogba had moved to Juventus.

Although Paul Pogba subsequently returned for a world-record fee of £89 million last summer, his generation had ultimately failed Manchester United. A club that are simultaneous with the “Class of 92” and highly credited for producing talented young players would have to look elsewhere to rebuild their deteriorating squad.

One player that survived was Jesse Lingard. Since being promoted to the senior squad in 2011, Lingard has scored 11 goals in 85 appearances in all competitions, including the winning goal in the 2016 FA Cup final against Crystal Palace.

His solo strike against Leicester City in the 2016 Community Shield final will also be remembered in high regard but has the England international gone onto reach his full potential? The clock is ticking on his Old Trafford career and his popularity amongst supporters continues to increasingly decline.

Lingard also has to compete with the likes of Marcus Rashford and Anthony Martial. It’s becoming a mounting task for him to rescue his Manchester United career unless he’s satisfied with being a utility player.

How will Jesse Lingard be utilised by Jose Mourinho this season?

Marcus Rashford has started the last two games on the left hand side of midfield and Anthony Martial has replaced him from the bench. This suggests that Jesse Lingard is third choice in his most favoured position.

Fortunately, Mourinho has a tendency to alternate his team for tactical purposes. Lingard has an admirable work ethic, which means he is more inclined to contribute in defensive situations.

Anthony Martial has regularly been criticised for his persistent failure to track back and perform his defensive duties. This makes Marcus Rashford his main competition when Mourinho requires a more defensive-minded left winger.

Manchester United have set-up in a significantly more attacking style in the opening two Premier League matches against West Ham United and Swansea City. This creates another dilemma, as it is likely to reduce Jesse Lingard’s playing time if Mourinho pursues this approach throughout the 2017/18 campaign.

He’s not set to become a regular starter for Manchester United but could be called upon due to their activity in the League Cup, FA Cup and UEFA Champions League. However, he may have to find another club to ensure regular first team action.

Manchester United is renowned for producing and developing some of the greatest players in English football. The famous “Class of 92” formed the spine of their 1999 treble winning team and the likes of Sir Bobby Charlton, George Best and Bill Foulkes went onto leave a legendary legacy at the club.

In recent years, the calibre of their recent youth graduates has been in decline. Marcus Rashford is the most recent success story – after he exploded onto the scene in the latter stages of the 2015/16 season – but overall their youth production has been lacklustre.

They failed to identify the potential of French midfielder Paul Pogba, who subsequently joined Italian Serie A outfit Juventus. It cost them £89 million to lure him back to Old Trafford, which suggests they’re becoming complacent in producing young talent.

Federico Macheda, Adnan Januzaj, Danny Welbeck and Will Keane were tipped to succeed at the Theatre of Dreams – but ultimately moved elsewhere to revive their careers. Are they neglecting their youth players by failing to develop and nurture them effectively or are they simply failing to produce talented players?

Fortunately, this question will be answered when the “Class of 2017” break into the current squad. The likes of Timothy Fosu-Mensah, Scott McTominay, Andreas Pereira and Angel Gomes have emerged as the strongest players in the current academy squad.

Mourinho has been criticised for neglecting young talent by preferring more established players, which is evident by his mistreatment of Luke Shaw and Anthony Martial. It’ll be interesting to see whether the former Chelsea manager allows this talented crop of youngsters to evolve or snubs a potential group of winners.

It’s clear to see that the past ten years have been disappointing in terms of youth production – but at least they have Jesse Lingard to show for it!