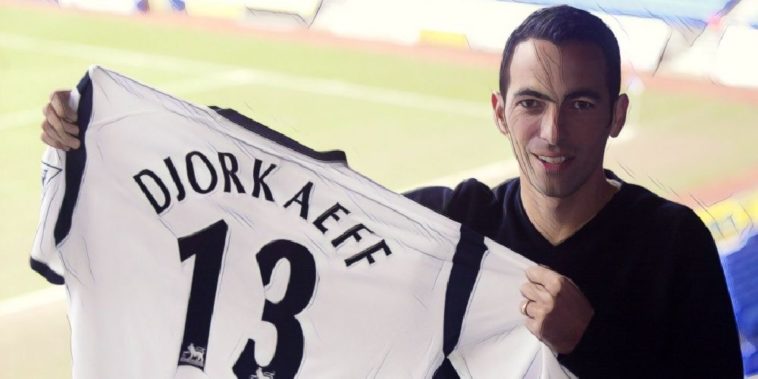 Youri Djorkaeff has revealed why he turned down approaches from Liverpool and Manchester United to make a shock transfer to Bolton in 2002.

The World Cup winner made one of the most surprising transfers in Premier League history when he opted to join Sam Allardyce’s Bolton Wanderers team almost two decades ago, the Frenchman amongst a host of stellar names to have been tempted to the Greater Manchester club during Allardyce’s hugely successful tenure at the club, including the likes of Jay-Jay Okocha and Fernando Hierro

Part of France’s fabled golden generation that enjoyed World Cup and European Championship success, Djorkaeff has revealed he was not short of offers after deciding to leave German side Kaiserslautern, including holding talks with two of English football’s biggest clubs in Liverpool and Manchester United.

Approaching the twilight years of his career, however, Djorkaeff has revealed he was keen to ensure he played regular first-team football in order to prolong his international career, eventually making the unfashionable move to Bolton after being wooed by Big Sam’s charms.

“Yeah, I had the opportunity at the time to sign for Liverpool or Man United,” Djorkaeff told The Athletic. “I spoke to Gerard Houllier and to Alex Ferguson too. Gerard is my friend and he said, ‘Come to Liverpool. You can sign for one year.’

“I was a Liverpool fan as a kid so it was tempting. Being from Lyon, I was so happy when they beat Saint-Etienne (in the European Cup back in 1977). I was young but I just remember the red shirts, the panache of the players, the strong characters, the long hair, lots of running!

“I love Liverpool, but I had to say no. Gerard couldn’t guarantee that I would start many games. I thought about it but I really needed to be somewhere I could play every week. I never regretted my decision.”

Djorkaeff admitted that Allardyce’s promises were a key factor in him making the surprise move, the attacker becoming a huge fan favourite at the club, scoring 20 times in 75 Premier League appearances over a two-and-a-half-year spell.

“That was exactly what I wanted to hear. My dream was to finish my international career at the World Cup and I knew that to be able to get back in the France squad I had to be playing regularly at a high level. Bolton was perfect for me.