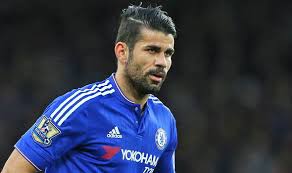 Chelsea Football Club are sitting pretty at the top of the Premier League table at the moment, with the Stamford Bridge side playing some brilliant football. Their star striker Diego Costa currently has fourteen league goals, but infamously, he has had a massive falling out with manager Antonio Conte – and has become unsettled.

Now according to the usually reliable Times newspaper, it has been brought to light that the Spaniard has rejected a new £200,000-a-week deal from the London side, which would’ve been a £50,000-a-week increase on what he currently earns.

The deal would’ve been a five-year contract which means he would’ve certainly spent the rest of his best years at Chelsea, but amidst interest from the Chinese Super League, you can sort of understand why his head has been turned given the money they can offer.

However, you have to say that he’d be daft to practically end his career prematurely with a move to the Far-East. You could probably understand it slightly more if he was in his mid-thirties, but even then, it is footballing suicide – especially for a player as elite as Diego Costa.