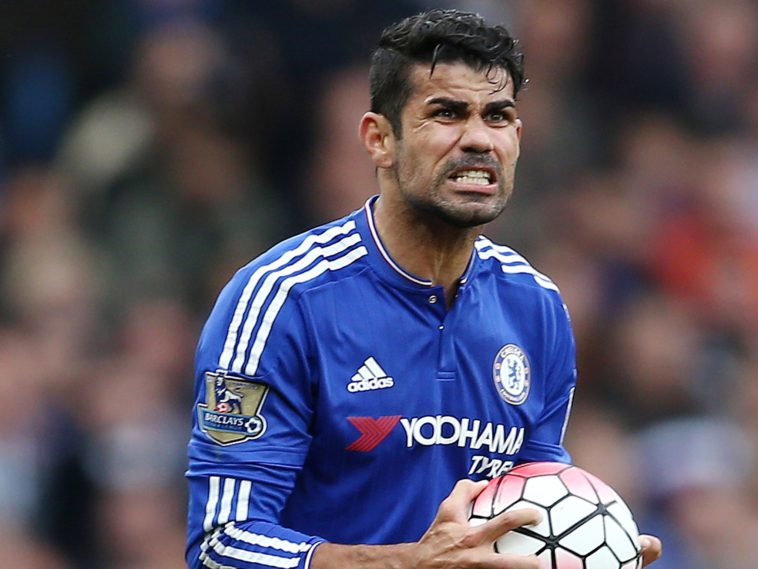 Chelsea striker Diego Costa is to demand a staggering weekly wage from the Premier League leaders before he signs a new deal at the club.

Costa was at the centre of a huge bust up with Chelsea boss Antonio Conte and his staff after growing unhappy with the requests of a fitness coach. Well that is the official line anyway. Rumours elsewhere in the media suggest that the Brazilian born Spanish striker had his head turned by the lure of Chinese mega money before his hopes were dashed by new rules handed down by the Chinese decision makers.

Costa is now back in the fold at Chelsea and is back training ahead of this weekends game at home to Hull City after patching things up with the Chelsea boss. Costa had been adamant that he wouldn’t sign a new deal at the club in order to force his way out, but his stance has softened, now willing to sign a new deal if the club meet his demands

According to The Express, those demands would see Costa become one of the highest players in the Premier League, and he wants to double his existing deal.

They claim that the striker will demand a staggering £300,000-a-week deal to stay at Stamford Bridge, although the club are unwilling to match it, or even go anywhere near it. It is claimed they are willing to meet Costa half way, offering him a £225,000-a-week deal, but not a penny more.

Will Diego Costa still be at Stamford Bridge next season? Should Chelsea meet his wage demands? Leave a comment in the box below and share this article.