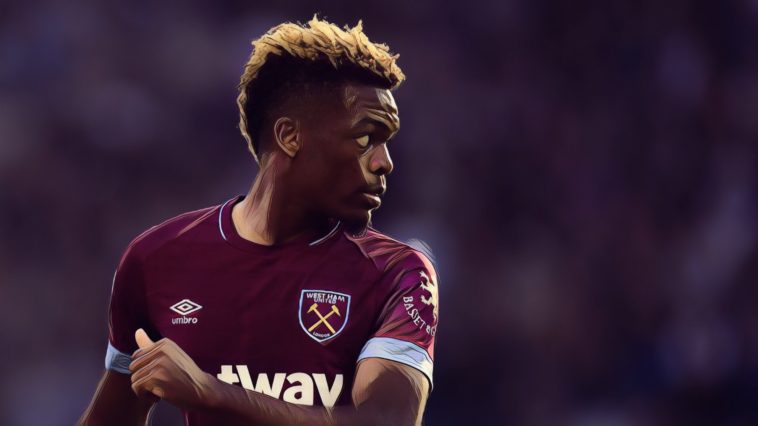 West Ham youngster Grady Diangana has said that the East London club must give 100 per cent in their FA Cup tie against AFC Wimbledon this evening.

Diangana has enjoyed a breakthrough year at West Ham this season, making 16 appearances in total, including 13 in the Premier League.

He scored two goals on his debut against Macclesfield in the Carabao Cup back in September, and will be hoping to feature in this evening’s fourth-round FA Cup tie at the Cherry Red Records stadium, where he is hoping help the Hammers move one step closer to lifting their first trophy since 1981.

“For me, winning a trophy would be a very good feeling and this is a chance for us to take a step closer to winning this one,” Diangana told whufc.com.

It isn’t the first time this season that the Hammers have taken the trip across London to face AFC Wimbledon, beating them 3-1 in the second round of the Carabao Cup back in August. However, despite the 58 positions between them in the English footballing pyramid, the 20-year-old midfielder has said that his side will have to be at their best.

“You should never underestimate your opponents as you never know what they can throw at you, especially teams who play with a lot of energy,” he added.

“I remember the last game against them and the first half was a bit challenging for us, so we have to give 100 per cent effort from the first minute and with our quality, we can go through.”