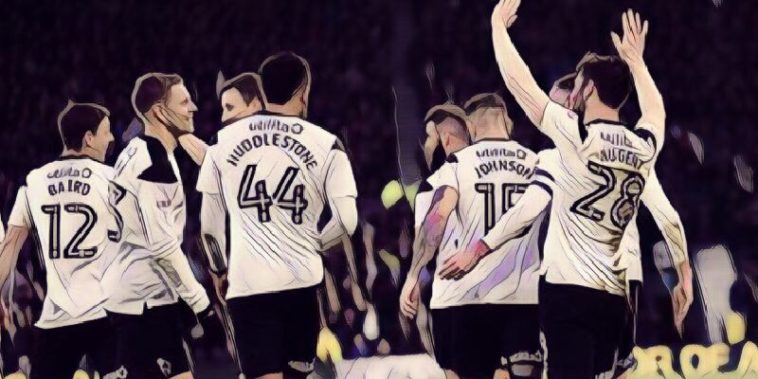 Derby County head into the busy Christmas period with three points under their belt following a 3-0 win over Millwall, who remain without an away victory this season.

Neil Harris would’ve been the more pleased of the two managers in the game’s early stages, as his side saw a lot of the ball and created a handful of chances, with Lee Gregory and Aiden O’Brien both having opportunities to put the visitors 1-0 up.

But on the half hour mark Harris was left wondering where it all went wrong as Millwall caved in and conceded three quickfire goals in the space of five minutes.

David Nugent scored his fifth goal of the season with a lovely little flick on at the front post from a corner, before the Lions defence were caught napping, and Matej Vydra lashed home to make it 2-0 just two minutes later. David Nugent then added his second of the game, getting on the end of a Bradley Johnson cross to poke the ball past Jordan Archer in the Millwall net.

It seemed as if it was going to be damage limitation for Neil Harris’ men in the second half, but they did have a go at Derby in the second 45. Scott Carson pulled off a great save to deny frontman Lee Gregory his fourth of the season, whilst The Rams’ best chance fell to substitute Sam Winnall, who volleyed a curling effort around the post.

Overall a good win for Derby who have now kept six clean sheets in their last seven games, whilst Milwall sit 17th in the table, however they will spend Christmas seven points clear of the drop zone. Up next for The Rams is a Boxing Day visit to Hull City, as Millwall face table topper Wolves at The Den.