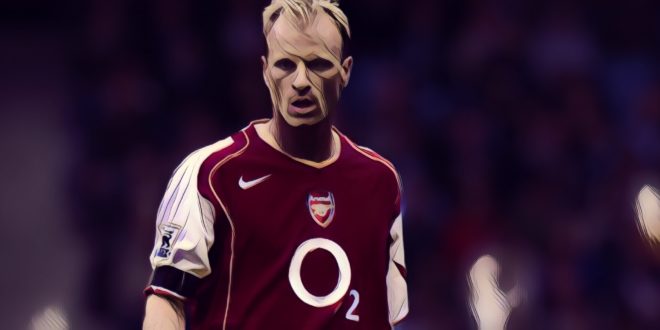 Dennis Bergkamp – 15 of the best quotes by the Dutch master

Peter Henry 27/08/2019 Opinion/Features, Quotes Comments Off on Dennis Bergkamp – 15 of the best quotes by the Dutch master

Dennis Bergkamp is one of those unique footballer’s that commands respect from all fans, regardless of your club allegiances.

The Dutchman was one of the most technically gifted footballer’s of his generation and will go down in history as one of Arsenal’s greatest ever players.

So on the day he scored the greatest hat-trick in Premier League history, we take a look at 15 of his best quotes…

It’s 22 years to the day since Dennis Bergkamp scored this hat-trick at Filbert Street.

Put down your cornflakes and light a cigar instead. This is 60 seconds of a genius at work.pic.twitter.com/HH4jlGafK1

“Most of the time I was by myself, just kicking the ball against the wall, seeing how it bounces, how it comes back, just controlling it. I found that so interesting” On how he honed his skills as a youngster.

“Maybe I am a little different from other players. They will tell you that Pele, Maradona, Cruyff are their idols and I will say Glenn Hoddle.”

“Behind every kick of the ball there has to be a thought.”

“The only team that needs to win trophies is the first team. The youth teams don’t need to win, they just need to make their players better.” On Ajax.

“Other clubs never came into my thoughts once I knew Arsenal wanted to sign me.”

“You have to shoot, to want to score goals no matter how. Just score that goal! You can’t be afraid to miss.”

“It got so bad I would look up at the sky during away games to see what the weather was like. Were there any clouds coming? Sometimes I was preoccupied by the flight home while I was playing football. It was hell.” When asked about his famous fear of flying.

“We went to Sweden and trained twice a day. The first evening I went for a walk with my wife and saw eight or nine Arsenal players sitting outside a pub, drinking beer. I thought: This is unbelievable! You’ve just had two hard sessions to prepare for the season, and now everything you did is going down with the alcohol!” On his first pre-season training trip with Arsenal.

“Ten yards before the ball arrived I made my decision: I’m going to turn him. I knew where Dabizas was. The thought was, ‘just flick the ball and see what happens’. Maybe he’ll block it, or the flick won’t be wide enough, or he’ll anticipate and get two yards ahead. Or maybe he’ll be surprised and I’ll be one or two yards in front of him. As it happened, I still wasn’t in front of him, so I had to push him off. So you need some luck as well…” On this wonder goal!

“Once he had a black leather jacket and we took some tape and I put T-Birds on the back, like John Travolta in Grease. It was fantastic.” On Martin Keown.

“People can say the money doesn’t really matter but it does show you how much a club respects you.”

“And then I saw Highbury for the first time…wow! This was football! I loved all the houses around it, then you turn the corner and there’s the stadium! That’s not Dutch, nor Italian; you don’t see it in Europe. It’s just typically English.”

“I love playing football, being out on the pitch with a ball, and I will be a little sad when that ends.”

TO CHECK OUT OUR FULL TRIBUTE TO BERGKAMP CLICK HERE !