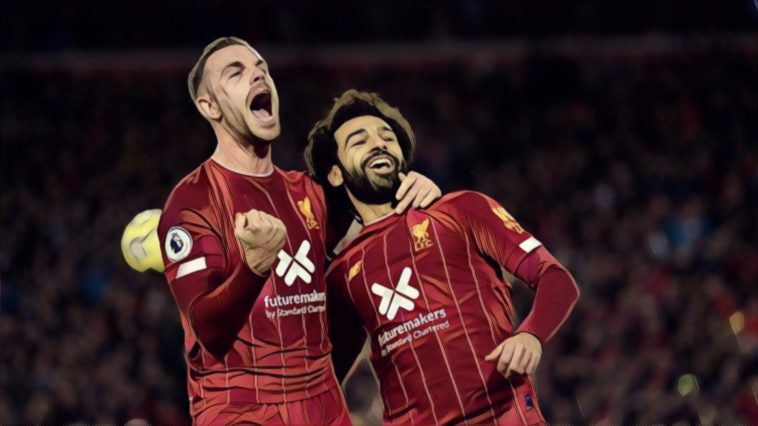 Roy Keane says Liverpool need to start talking up their title chances and believe in themselves more if they want to finally win the Premier League title.

The Reds continued their incredible start to the season by beating Tottenham Hotspur 2-1 at Anfield, meaning they have now won nine of their opening ten league games. The result restores their six-point lead at the top over Manchester City as their quest for a first league title in 29 years continues.

That barren run has come to define Liverpool in the past three decades, as they continually fall short of the end line. It happened last year when they gained the most points (97) of any runner-up in the history of English football, a total which would have won them the title in any year bar two. They’re also the only team to have topped the table at Christmas in the last decade and not finished there in May — managing to do that three times!

The Merseyside club have now become the fourth team to pick up 28 points at this stage of a Premier League campaign; the previous three all finished first and that is surely a sign that – whisper it – this year is their year. Though this is Liverpool.

That’s why, despite their best start to a campaign ever, there is little talk among the fanbase about finally getting that monkey off their back. They’ve been here too many times before, hurt too often to believe they might actually. That manifested itself last season in the home fixture against Leicester City in January when the crowd was clearly nervous, which transmitted to the team. It ended 1-1 and they lost the league by a measly point.

One man, however, is of the opinion that Liverpool need to start talking about their chances. In his punditry role for Sky Sports on Super Sunday, Roy Keane urged the players not be scared by title talk after Sadio Mane said it was too early for such conversations:

“It shouldn’t be something they’re scared to talk about! I’m always surprised when I hear players getting interviewed saying we don’t really talk about it… They should! At a big club like Liverpool you should be expected to talk about winning titles.

“I imagine the manager talks to them and says don’t mention it too much in the media, but with the team they’ve got, they should expect to be competing for titles – and winning them!”

The former Ireland midfielder knows a thing or two about winning titles, having captained Manchester United during their golden era in the nineties and early noughties. He asserted that Liverpool ‘played like champions’ against Spurs:

“Man City put Liverpool under pressure by getting a result, and you’ve got to keep going. They had a disappointment, a setback, but they recovered well and that’s the name of the game. Nobody hands you the championship.

“Week in, week out, whether you play well or not, Graeme (Souness) said they ground it out, you could say that because they were gifted the goals, but over the course of the 90 minutes they were the better team and, I probably shouldn’t say this, but they played like champions.”