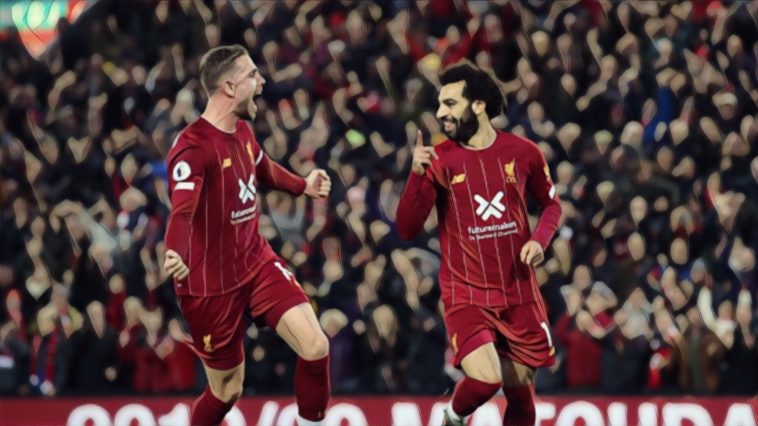 Liverpool stretched their unbeaten run in the Premier League to 27 games with victory over Spurs at Anfield, extending their lead at the top of the table to six points.

In the time that Jurgen Klopp and Mauricio Pochettino have been managing their respective clubs in England, Tottenham Hotspur have proved to be a formidable opponent for Liverpool, disrupting the high energy football that was tearing apart more feeble opposition.

That all changed last season when the Reds became less aggressive in their game plan and more solid at the back, but it made them virtually unbeatable. Spurs similarly were playing without the kind of vim and vigour that made them arguably the most consistent side in the top flight, but it was a symptom of regression rather than evolution.

As such, the Lilywhites lost each of their three meetings against Liverpool last season, including a tame showing in the Champions League final in June. They have now been defeated four times in a row by the Merseyside team, but at least on this occasion, there was a bit of the old fight back in their display.

Right from the off the North London outfit got in the home side’s face, Harry Winks bullying Jordan Henderson off the ball before Moussa Sissoko drove through the heart of midfield to open the pitch right up. All of a sudden they were in a four-on-three inside the first minute, the Frenchman finding Heung-min Song, whose shot ricocheted off the crossbar. With Virgil van Dijk uncharacteristically asleep to the danger, Harry Kane found himself in the right place at the right time, heading the rebound past Alisson. Game on.

The visitors held on until half-time, but that was mainly down to goalkeeper Paolo Gazzaniga, who made 12 saves in this match, just two off the record for most saves in a single Premier League game. Son nearly doubled their lead, however, hitting the crossbar once again just after the interval.

Jordan Henderson made up for his early mistake by scoring the equaliser just seven minutes after the break. Fabinho floated a pitch-perfect lob towards the back post where the Englishman met it with a half-volley toward the far corner, sending the Anfield faithful into hysterics.

10 – Liverpool are unbeaten in their last 10 Premier League games when conceding the first goal at Anfield (W7 D3), winning each of the last six. Fortitude. #LIVTOT pic.twitter.com/AgGCV6E8PS

Despite Liverpool taking 21 shots to Spurs’ 11, it felt as if a draw would be the most likely outcome, but a Serge Aurier special ensured that would not be the case. Sadio Mane was running in behind the backline down the left channel and the Ivorian full-back did well to recover, but in trying to clear the ball he kicked the forward in the calf. Penalty. On post-match punditry duty for Sky Sports, Roy Keane called the defender a “car crash”, and it’s hard to disagree considering he was also sent off against Southampton last month.

Mo Salah put the spot-kick away in the 75th minute before having to be substituted nine minutes later after picking up a knock, and from then on it was relatively straightforward for Klopp’s charges. Speaking after the full-time whistle, he expressed his satisfaction with the team’s composure to dig out the victory.

“We started well but the way we conceded was a bit unlucky. Tottenham then defended well, their counter-attacks were incredible. But the best thing was that you couldn’t see any influence of the goal. We weren’t nervous, we just followed the plan, doing everything in the right way,” Klopp told Sky Sports.

“Their goalkeeper made some incredible saves but we stayed calm. At half-time we said this game only had one problem, the score. There were one or two things we could do better and adapt a little bit.

“I wasn’t surprised by Tottenham. They have the quality to cause any team in the world problems. We had 70% possession but that’s okay for a team like Tottenham because each ball you lose, they have speed on the counter-attack and Harry Kane is so strong.

“But we were in control, we pushed them back and dominated apart from the last five minutes when we felt the intensity of the game. It was a super game and I loved it.”

Pochettino was naturally disappointed after the game, but he had no qualms with the penalty decision and admitted it was “impossible” for his side to claw back a result late on.

“We were very competitive. I think we suffered in the first half – they were better than us. I think we defended well and the team was very committed,” he told Sky Sports.

“I don’t think it is the belief. We have the belief and the confidence. We need to dominate the game more and play better with the players we had on the pitch.

“I’ve got no complaints about the penalty. You can have your own opinion. It was a fair reaction.”

While Liverpool remain on top of the table, Spurs drop into the bottom half with just 12 points from 10 matches after suffering their fourth loss of the season already. They have now suffered 17 league defeats since the beginning of last season. Liverpool’s number of defeats in the same period? One.

Read: Klopp refusing to get carried away with Liverpool’s impressive start

See Also: Five of the best players to play for Spurs and Liverpool in the Premier League era