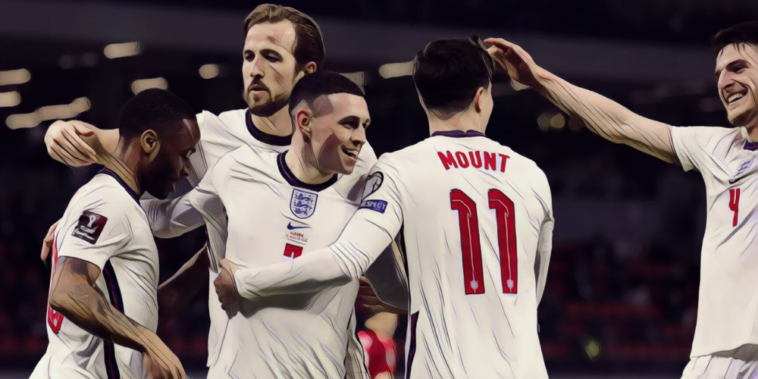 Declan Rice admits he is ‘gobsmacked’ by the attacking ‘talent’ at England’s disposal and has lavished praise on midfielder Phil Foden.

England have begun their World Cup qualification campaign in flawless fashion with comfortable wins over both San Marino and Albania, the Three Lions facing Poland this evening in what is set to be a much sterner test of their credentials.

Gareth Southgate’s side will be hoping to maintain their momentum as the national side edge closer towards this summer’s European Championship, a tournament which England will begin regarded amongst the favourites.

Rice believes England have the quality to trouble any opposition and says he has been left ‘gobsmacked’ by the attacking talent within the current side.

“Even me now, when you are training with these players, you kind of take a step back and you look at the attacking players we have and you are gobsmacked by the talent they have actually got,” Rice told a pre-match press conference.

“We know we have got enough to beat any team in the world.”

The midfielder discussed the options in Southgate’s squad and singled out Phil Foden for praise, admitting his enjoyment at watching the Manchester City star who he described as ‘an incredible player’.

“Even though I’m a West Ham player, I’m always watching the other games and people like Phil Foden,” Rice said. “He’s one, at the moment, who is amazing to watch.

İlkay Gündoğan finishes the move off with composure and Pep Guardiola's side are on the rampage! pic.twitter.com/cDde81A4cA

“The goal the other night that City scored against Gladbach, where he took it on the back foot, dribbled and slipped it to Gundogan … it was just a breath of fresh air to watch a player do that.

“The way he ran through, it was just so silky. He is an incredible player.”

Rice says England are prepared for a step up in quality as they take on Wembley this evening, with the visitors currently second in the group after taking four points from their opening two fixtures.

Poland will be without the services of Robert Lewandowski with the Bayern Munich star ruled out with a knee injury and Rice is hopeful England can ‘make a statement’ in their final competitive fixture before the European Championship.

“Yes, this is the last chance to go out there and put on a performance,” he said.

“No disrespect to San Marino and Albania but it will be a real step up and closer to opposition who we will be facing in the Euros.

“It is a real chance to go out and make a statement and put on a good performance.”