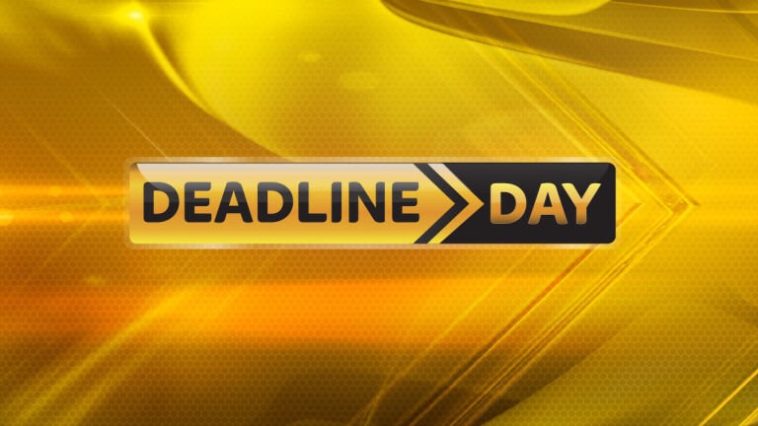 Welcome to Football Faithful’s Deadline Day LIVE Blog. Your home for all of the latest transfer news and rumours on the Deadline Day January 2017

That’s it for our Live Blog until the summer. Thanks to everyone for joining us. We are still waiting to hear from Crystal Palace who could still confirm Two deals including Mamadou Sakho and/or Arouna Kone

00:02 – DONE DEAL: Nottingham Forest have completed the signing of Jack Clough from Bolton

23:30 – DONE DEAL: Its a big one, and one we’ve been waiting for. Aston Villa sign Scott Hogan

23:28 – Another signing for Wigan? Omar Bogle from Grimsby?

23:24 – Whilst we believe that the Crystal Palace move for Mamadou Sakho is complete, we are still waiting for confirmation from either club.

23:15 – Whilst we wait for more confirmations, here is The infamous Deal Sheet! 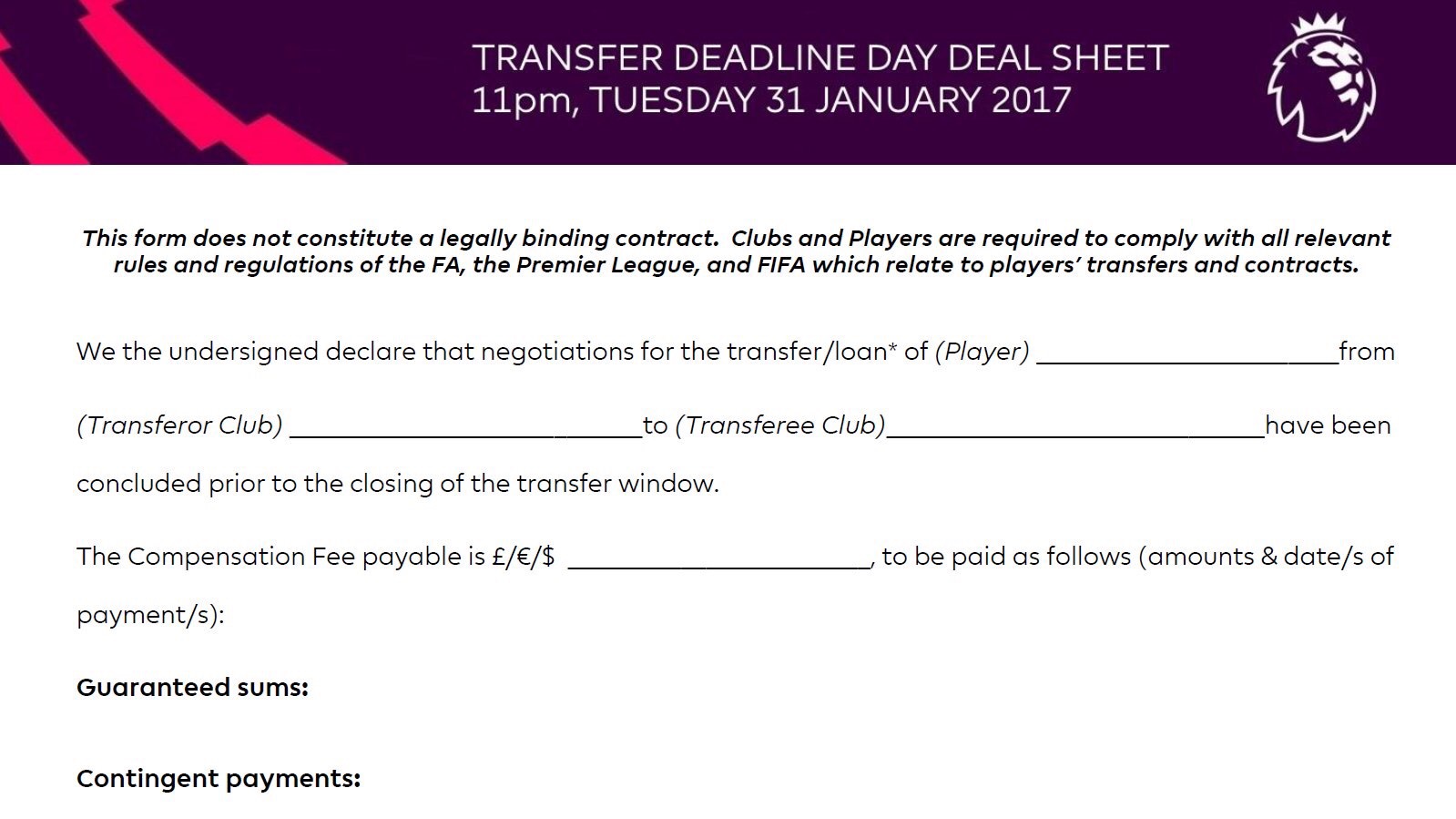 Deals can still be completed until 1am, providing a deal sheet was submitted before he Deadline passed 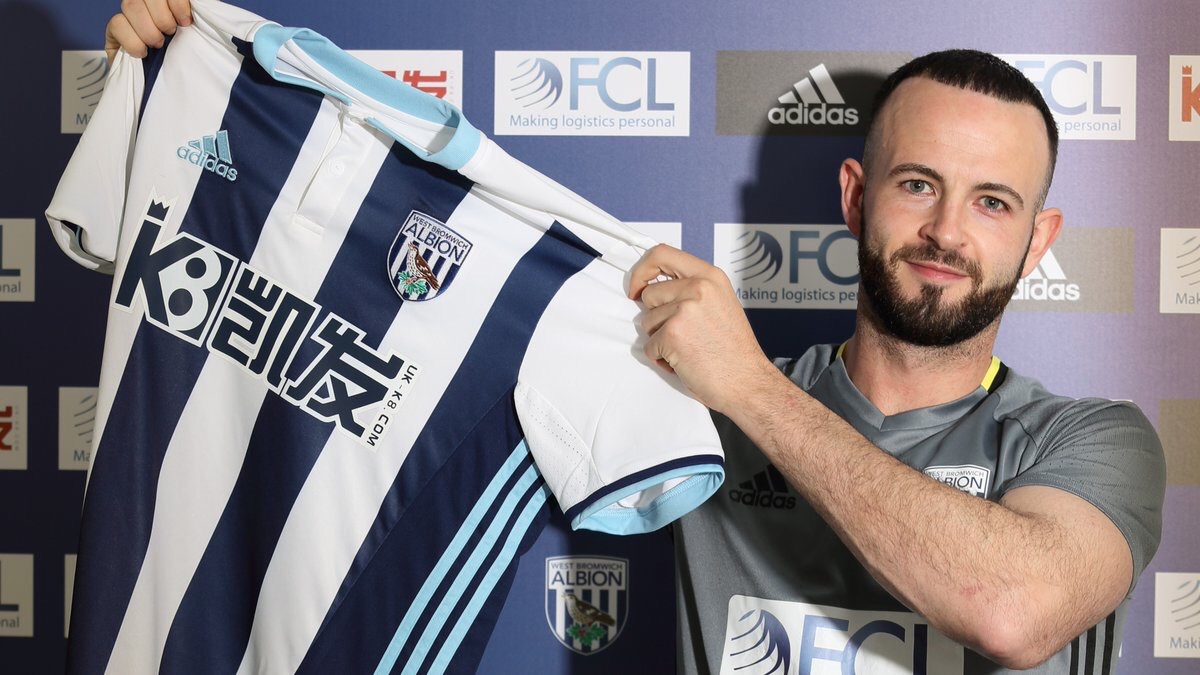 22:55 – DONE DEAL: Middlesbrough complete the signing of Adlene Guedioura from Watford for around £4million.

22:50 – DONE DEAL: And there it is. Mamadou Sakho has completed a season long loan move to Crystal Palace from Liverpool

22:40 – Just 20 minutes to go. Still no confirmation of Scott Hogans move to Aston Villa. We also expect Mamadou Sakho to sign for Crystal Palace. A reminder that if clubs submit a ‘Deal Sheet’ before the 11pm deadline, deals can be completed until 1am.
22:18 – DONE DEAL: Hull City sign Alfred N’Diaye on loan from Villarreal 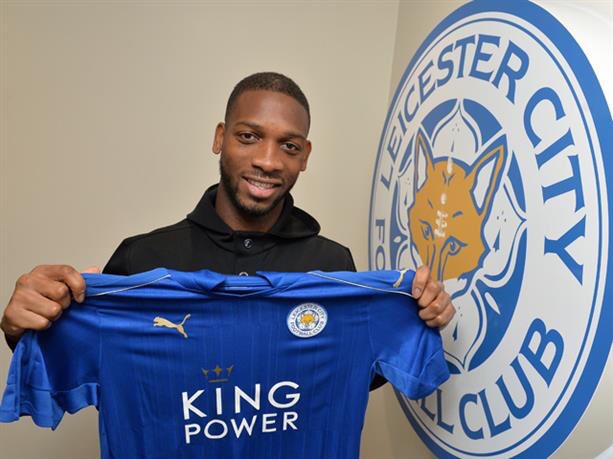 22:01 – DONE DEAL: Southampton have have completed the signing of Manolo Gabbiadini from Napoli for a club record £17million

21:47 – CONFIRMED: Crystal Palace confirm the signing of Luka Milivojevic (news we brought you four hours ago ?)

21:40 – SWAP DEAL: Aston Villa complete the signing of Neil Taylor from Swansea City, whilst Jordan Ayew moves in the opposite direction

21:33 – Aston Villa striker Ross McCormack is having a medical at Nottingham Forest

21:30 – DONE DEAL: Its been a busy day for Wigan Athletic, who have just completed the signing of Hartlepool youngster Josh Laurent 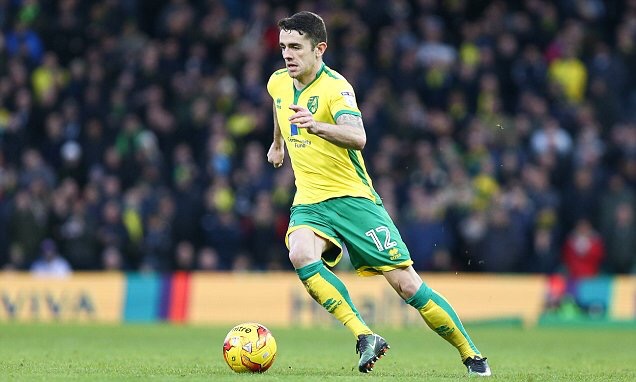 20:08 – Watford have failed with an offer of £10million plus Heurelho Gomes for Chelsea ‘keeper Asmir Begovic.

19:05 – DONE DEAL: Brentford have completed the signing of Sergi Canos from Norwich

18:55 – Everton striker Arouna Kone could be about to make a switch to Crystal Palace

18:45 – He is wanted by Newcastle United, but Andros Townsend is on the Bench tonight for Crystal Palace’s game at Bournemouth

18:23 – Watford’s Adlene Guedioura has chosen Middlesbrough over Hull City and is on his way to the North East to finalise a £4million transfer

18:07 – Moussa Dembele has attracted attention from Chelsea in the last 24 hours….he’s had this to say

17:57 – Sheffield Wednesday have now agreed that £10million deal with Middlesbrough for Jordan Rhodes! The player is now having a medical.

17:55 – Bournemouth have made an £18million bid for Chelsea Nathan Ake!

17:22 – DONE DEAL: Crystal Palace complete the signing of Luka Milivojevic from Olympiakos for a fee of around £13million 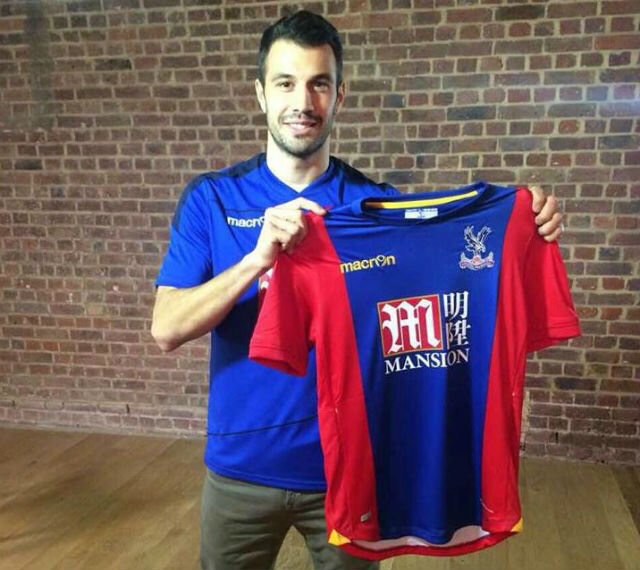 17:16 – Sheffield Wednesday are making a late move to sign Jordan Rhodes from Middlesbrough. A fee is believed to be around £10million!

17:06 – After being disappointed by Leonardo Ulloa, Sunderland could turn their attentions to Everton striker Arouna Kone

17:04 – They were linked with Scott Hogan, but now West Ham are being linked with former Spurs, Man Utd and Fulham striker Dimitar Berbatov 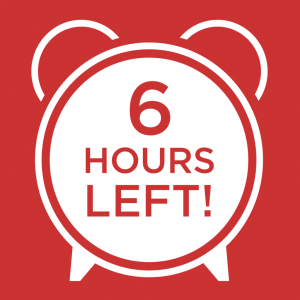 16:50 – Hull City are interested in bringing Max Gradel to the club from Bournemouth 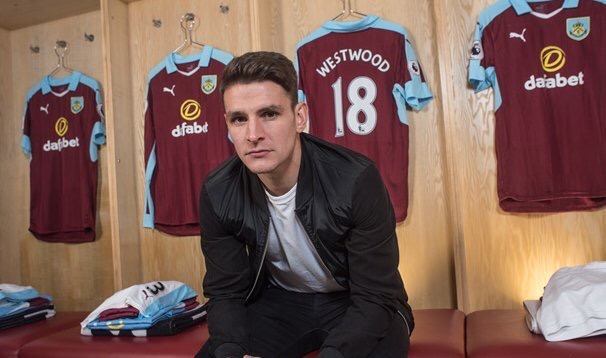 16:37 – DONE DEAL: Birmingham have completed the signing of Jerome Sinclair from Watford on loan

16:30 – Villarreal have made enquiries about Swansea City striker Borja Baston

16:20 – Jerome Sinclair has completed a medical at Birmingham City ahead of a loan move from Watford

16:05 – DONE DEAL: Leeds United sign Alfonso Pedraza from Villarreal on loan, with an option to buy for £8.5million

15:40 – Chelsea defender Branislav Ivanovic is having a medical at Zenit St Petersburg

15:35 – Sunderland have seen their third and final bid for Leonardo Ulloa rejected by Leicester City

15:25 – Scott Hogans move to Aston Villa is edging ever closer according to Sky Sports after the player agreed personal terms.

14:30 – DONE DEAL:  Juan Carlos Parades has completed a move from Watford to Olympiakos on a season long loan

14:20 – DONE DEAL: Southampton have completed the signing of Hassan Mous (who looks remarkably like Sergio Ramos) from Nice on a season long loan. 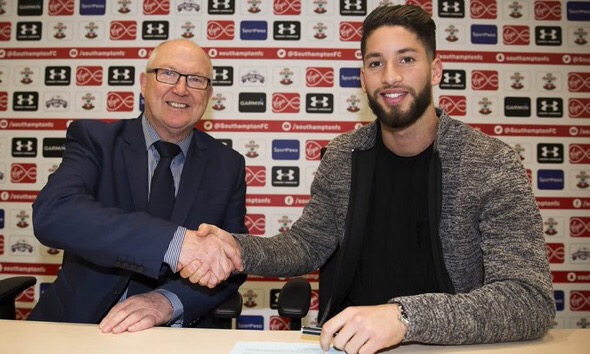 14:15 – Jose Mourinho confirms nobody will arrive or depart Old Trafford today. That’s that then.

14:00 – DONE DEAL: Brighton have completed the signing of Bournemouth striker Glenn Murray on a permanent deal after he spent the first half of the season with the club on loan.

13:50 – Here’s an interesting one…Joe Hart has been spotted in Milan. Could he be on the move?

13:40 – QPR defender Steven Caulker is to make yet another transfer. He is having a medical at Lokomotiv Moscow. It will be his fifth club in four seasons.

13:30 – Marco Arnautovic has told Sky Sports reporters there will be no transfer activity at Stoke City today

13:20 – Middlesbrough and Hull City have both had bids accepted by Watford for Adlene Guedioura

13:15 – Ashley Westwood has completed his medical at Burnley

13:10 – A deal to take Andros Townsend back to Newcastle is still on!

12:45 – DONE DEAL: Demba Ba has joined Besiktas on loan until the end of the season

12:40 – Sunderland have increased their offer for Leonardo Ulloa to around £8million

12:30 – Celtic striker Moussa Dembele is in London. He has been linked with a big money move to Chelsea. However, Celtic are confident he will stay and he is only having a scan on a knee problem whilst in the Capital.

12:20 – Aston Villa have agreed a £15million fee for Brentford striker Scott Hogan, and have offered him ‘Premier League’ wages

11:55 – Wigan are close to signing former Manchester United and Newcastle winger Gabriel Obertan, who is a free agent

11:35 – Nottingham Forest are now the favourites to sign Ross McCormack from Aston Villa 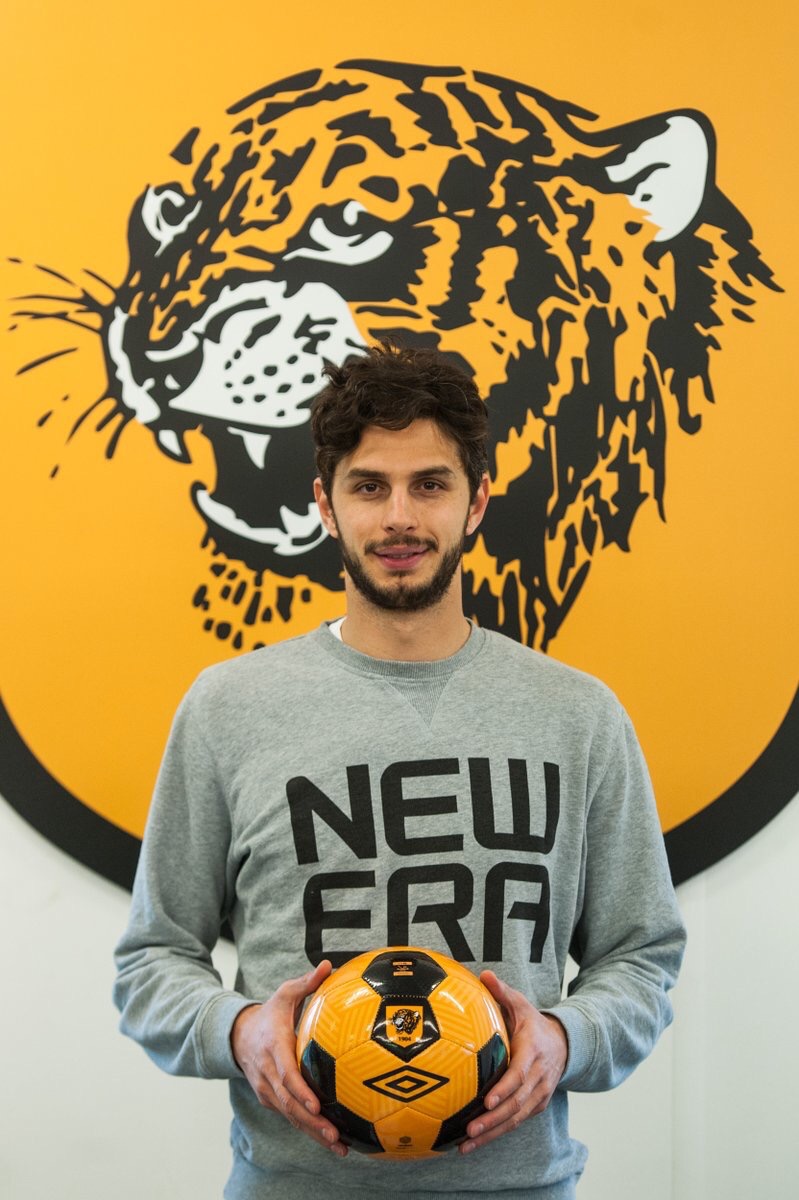 10:55 – Liverpool defender Mamadou Sakho is in London negotiating a transfer to Crystal Palace

10:40 – Neil Taylor has completed a medical at Aston Villa. Jordan Ayew is expected to move the other way to Swansea

10:30 – DONE DEAL: Jese has completed his loan move from PSG to Las Palmas. Middlesbrough were interested.

10:18 – DONE DEAL: Gedion Zelalem has moved from Arsenal to VVV Venlo on loan

10:16 – DONE DEAL: Alexandre Pato has completed his move to Chinese side Tianjin Quanjian from Villarreal.

10:08 – NO DEAL: Slaven Bilic confirms there will be no deal for Scott Hogan at West Ham

10:05 – Aston Villa have pulled out of a deal to sign Jordan Rhodes from Middlesbrough. They are focussing their attention on signing West Ham target Scott Hogan from Brentford

09:46 – West Ham are also in the market for a striker, as David Sullivan confirms that they are after bringing Demba Ba back to West Ham United

09:40 – Chelsea have a sent a team to Italy to try to secure a deal for Torino strikers Andrea Belotti. He had previously been linked with Arsenal

09:35 – Free agent Emmanuel Adebayor is undergoing a medical with Turkish side Istanbul Başakşehir.

08:50 – Brentford are keen on signing Sergi Canos from Norwich for around £2.5million

08:30 – DONE DEAL – First deal of the day as Blackburn Rovers have completed the signing of Marvin Emnes on loan

08:00 – Good Morning Everybody. Welcome to our twice annual LIVE Blog. Bringing you the latest Transfer News and Rumours all the way until tonight’s 11pm deadline. If you here any rumours then you can Tweet us @FootyFaithful or send us a message on Facebook