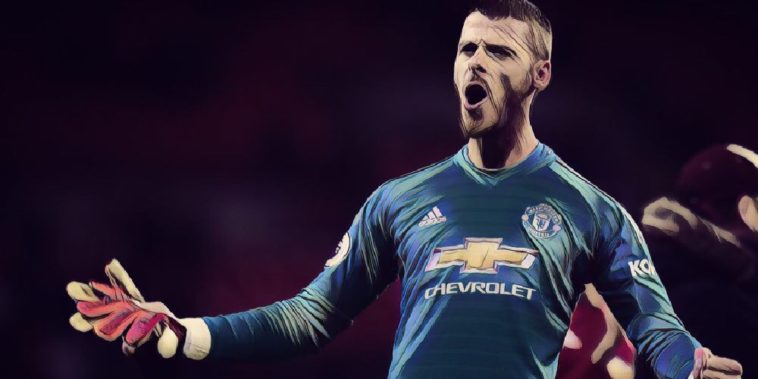 After months of speculation, David de Gea has finally put pen to paper on a new contract at Manchester United.

The Spain international is widely regarded as one of the best goalkeepers in the world, although he’s suffered a dip in form of late, with a number of pundits blaming it on his long-protracted contract talks, with Jose Mourinho saying over a year ago that a deal was close.

With no announcement of an extension forthcoming, 28-year-old had been linked with the likes of Real Madrid, Juventus and Paris Saint-Germain over the last few months, and he would have been free to speak to foreign clubs from January onwards about a free transfer next summer.

However, in what will be news to the ears of Manchester United fans around the globe, De Gea has now penned a new four year contract, claimed to be worth around £350,000-a-week, with the Old Trafford outfit having an option to extend it by a further 12 months, potentially keeping him at the club until 2024.

“It has been a privilege to spend eight years at this great club and the opportunity to continue my career at Manchester United is a genuine honour,” De Gea told manutd.com.

“Since I arrived here, I could never have imagined I would play over 350 games for this club. Now my future is fixed, all I want is to help this team achieve what I believe we can and win trophies again, together.

“As one of the senior players in the squad, I want to support and lead in any way that I can to assist the younger players, so they know what it means to play here. I still feel that I have so much more to achieve at the club and I truly believe that Manchester United can build on the club’s tradition of success and reward our fans for their support.

“I am committed to continue repaying the fans for all of the care that they’ve shown me during the good times and the bad.”

During his time at Old Trafford, De Gea has won one Premier League title, one FA Cup, one League Cup and one Europa League, and has featured in the PFA Team of the Year five times.