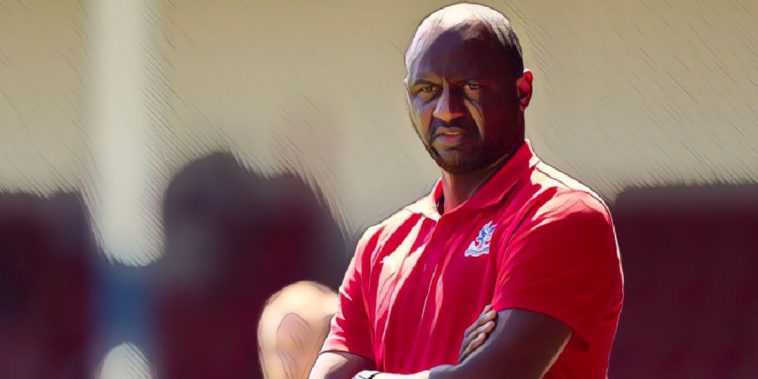 Crystal Palace boss Patrick Vieira has discussed what will be an ’emotional’ return to former club Arsenal this weekend, with the two sides set to go head to head on Monday evening at the Emirates.

The Frenchman – who took over from Roy Hodgson as Palace boss in the summer – is preparing to return to north London having spent nine hugely successful years of his stellar playing career with the Gunners, having originally joined the club from AC Milan in 1996.

The midfielder would go on to win three league titles under legendary Arsenal manager Arsene Wenger during that time, notably captaining the famed ‘Invincibles’ side that went unbeaten during the 2003/04 campaign, before departing for Juventus in 2005.

While he made a brief return to England in 2010 to spend his final season as a player at Manchester City, the former World Cup winner is now back in the Premier League as a manager, after previously working at MLS side New York City and Ligue 1 club Nice.

While the 45-year-old has overseen just one win in seven league games with his new club, there have been noticeable signs of improvement in recent weeks, with the Eagles coming from behind to draw 2-2 with Leicester City in their last league outing.

Ahead of Monday’s trip to the Emirates, Vieira admitted that while it will no doubt be an ’emotional’ occasion due to his connection with the opposition, his focus will be on trying to get a positive result for his side.

“It’s a club where I played my best football. It will be emotional but I will put that on the side.

“It’s about performing well and trying to get points.”

Preparations for that meeting have been relatively smooth with to no new injury concerns for Vieira’s squad following the international break, while he also offered a positive update on long-term absentee Eberechi Eze, who is yet to feature so far this season.

“All the players came back from internationals without any issues, and they are all fit and ready to go,” he said.

“Eze is fit and getting better. He is taking part in the collective but we aren’t putting pressure or putting dates on when he could be ready.”