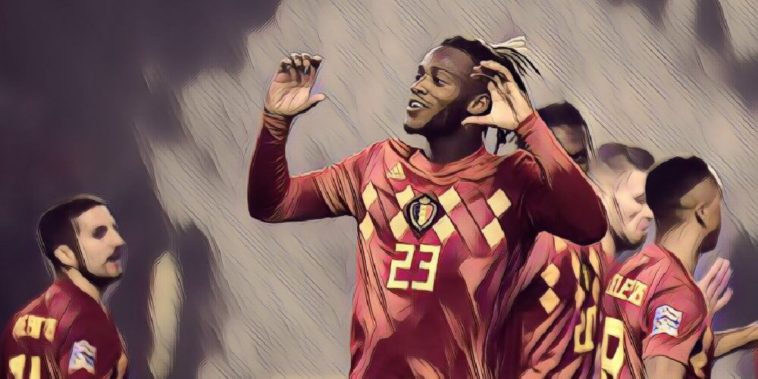 Michy Batshuayi has ended speculation surrounding his future by completing a loan move to Crystal Palace.

The Chelsea striker has had a topsy turvy career since moving to the Premier League in 2016, making just 32 appearances in his 18 months in England, before being shipped out on loan to Borussia Dortmund last January.

The Belgium international hit the ground running over in the Bundesliga, scoring seven goals in 10 appearances for BVB, but saw his season prematurely cut short after he suffered an ankle injury.

He was once again loaned out in the summer, joining La Liga side Valencia, although he couldn’t replicate the form that he showed in Germany, scoring just one goal in 15 league appearances in the Spanish top-flight, starting just four games.

Despite his poor form, Batshuayi attracted plenty of attention from a number of clubs on transfer deadline day, including West Ham, Everton and Spurs, although he has now completed a loan move until the end of the season to Crystal Palace.

Palace Chairman Steve Parish told the official club website that he was delighted to have brought the Belgian to Selhurst Park, adding that the Eagles have admired him for a long time.

“This is a fantastic signing for Crystal Palace. Michy is a player we’ve long admired, and I’m delighted that we’ve finally managed to get him in a red and blue shirt. He will be a magnificent addition to our squad.”

It is being reported that the deal does not include an option to buy.