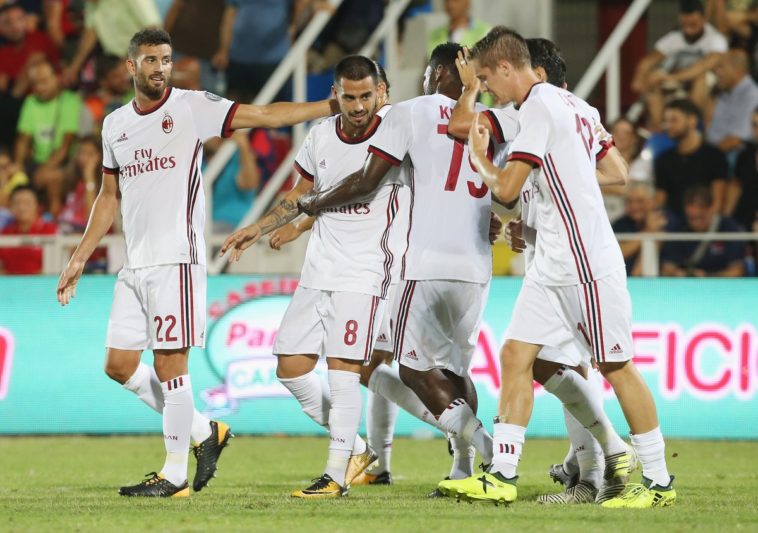 After spending heavily in the transfer market, the pressure was on Milan going r first league game of the season. However, did things go to plan for la Rossoneri?

As expected, early on Milan dominated possession, passing the ball around the back. Within two minutes, however, Montella’s side pushed for the opener and, following some great interplay, teenager Patrick Cutrone was brought down in the box and a penalty was given. Originally, the Crotone defender was shown a yellow card, but after two minutes of checking the VAR, it was changed to a red! After the controversy, new signing Franck Kessie calmly slotted away the penalty to give Milan the lead.

After such a heavy blow, it was very hard for Crotone to get back into the game. AC Milan continued to dominate possession and dictate the flow of the game. 18 minutes in, Suso found himself free in the right wing and with his weaker right foot, crossed the ball in to Cutrone who headed home powerfully.

Despite being 2-0 down, the home side didn’t back down, forcing Gianluigi Donnarumma into a good save. However, Crotone’s bright period lasted barely five minutes as the creator of Milan’s second goal, Suso, finished impressively to make it 0-3 to the away side with just 23 minutes played.

Just on the stroke of half time, there was unexpected intervention as one of the floodlights at the stadium momentarily turned off. As a result, the players were given an unexpected break which lasted  around two minutes.

That was the last real occurrence of the first half. Milan went in to the break leading, comfortably, 3-0.

As AC Milan did in the first half, Crotone came out all guns blazing and caused la Rossoneri a few problems from some great set pieces. However, the hosts didn’t capitalise on any of the chances and Milan continued to dominate.

The next big chance came for the traveller said when Andre Silva’s looping header was saved superbly by the Crotone goalkeeper. In the 87th minute, Silva was denied again when his volley was save during by the goalkeeper.

Depsite an uneventful second half, AC Milan picked up the points. Who knows how the game would’ve  played out if Ceccherini hadn’t have got sent off so early. However, la Rossoneri pick up the three points as expected.