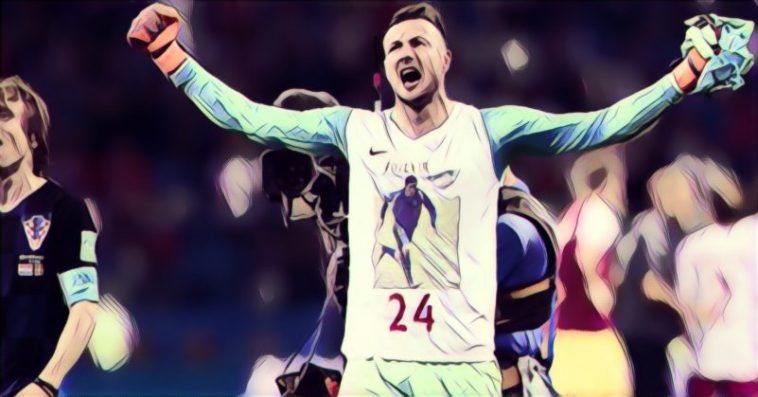 England will face Croatia in the highly anticipated World Cup semi-final in the Luzhniki Stadium on Wednesday and the Balkan nations talented goalkeeper Danijel Subasic believes his side are the better team.

The Monaco ‘keeper has been hugely impressive in Russia so far this summer, and despite picking up what looked like a serious hamstring injury during his sides penalty shoot out victory over Russia he still managed to save three spot kicks.

Subasic revealed after the game that he insisted he be left on the pitch despite limping badly towards the end of the game.

“I told the coach not to take me out of the game,” he said in the post match press conference.

“I told him that I would play on one leg if needed. I didn’t want someone else to come on.

“I am proud, happy and full of pleasure. We will all get praise for this, but we want to do something more.

“The English have a good team, but when we play as a team fighting the odds, we are better.”

In terms of population at least, with a population of just 4 million people, Croatianshould have no chance against a Country that boasts a populace of 60 million and is also home to one of the World’s top domestic leagues.

However, the Croats have a reputation for developing technically superb footballers, and have a fighting spirit that makes them punch way above their weight in international tournaments.

Whoever emerges victorious on Wednesday night will face the winner of the Belgium and France fixture in the World Cup final next Sunday in Moscow.