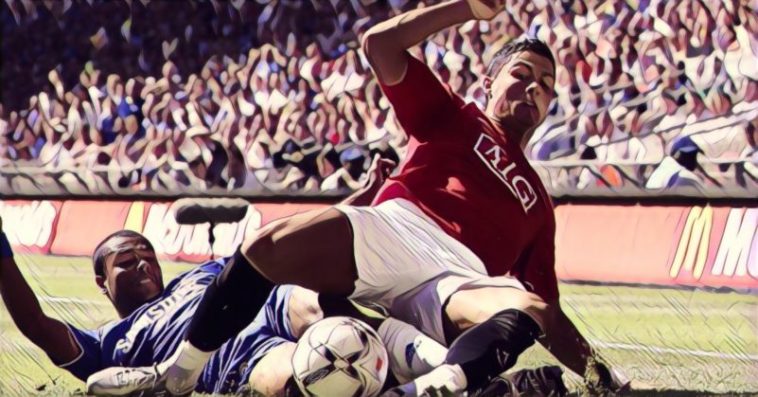 Cristiano Ronaldo has revealed that the toughest opponent he has ever faced was former Chelsea, Arsenal and England left-back Ashley Cole.

The Real Madrid superstar made the admission on Spanish TV show El Chiringuito this week. The pair enjoyed some classic battles during Manchester United and Chelsea games, with goal machine Ronaldo more often than not struggling to get much change out of Cole.

Cole was once even famously pictured making a pocket gesture to Ronaldo during one clash to imitate to the Portuguese superstar that was how much he was on top during their encounters.

Cole, now 37, is still playing in the MLS with LA Galaxy, while his former nemesis Ronaldo, 33, continues to break record after record.

The Portuguese has the chance to win his fifth Champions League title when Real Madrid face Liverpool in the final of Europe’s most prestigious cup competition on Saturday night in Kiev.

Although Cole may have been able to get the upper hand over Ronaldo there are very few players who can claim to have come out on top of their duel with the four time Ballon d’Or winner, and we have put together an amazing list of statistics that show just want a sensational career the boy from Madeira has had.

TO CHECK OUT THE MOST AMAZING RONALDO STATS CLICK HERE !