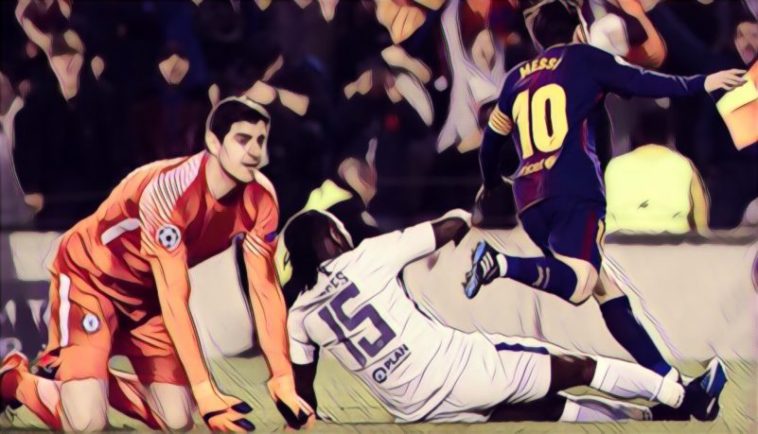 Chelsea goalkeeper Thibaut Courtois has admitted that it was his mistake that caused Chelsea’s elimination from the Champions League at the hands of Barcelona in the Nou Camp tonight.

The Blues got off to the worst possible start when Lionel Messi’s tame near post shot slipped through the leg’s of Courtois after just 2 minutes of the game. Barca would go onto to win 3-0 with Ousmane Dembele and Messi scoring either side of half-time.

Antonio Conte’s side did play well for large periods of the match, but their Belgium international goalkeeper revealed afterwards that it was individual errors which ultimately cost his side.

“I don’t think we deserve to be out, but individual mistakes cost us in both legs. The first goal, I did not expect Lionel Messi to shoot from that angle and I was too late in closing my legs. It was a mistake on my part.

“There were missed passes from us and they scored from our mistakes. We defended and played well, hit the crossbar which was unlucky on our side but the individual mistakes cost us. We have to be honest about that.

“I played against Messi a lot of time, I have already conceded goals like that before. The weakest point is between the legs for a goalkeeper, it is annoying, I cannot hide inside, I have to be a man and come out. I made some good saves too but we go out with conceding four goals from four mistakes.” Courtois said.