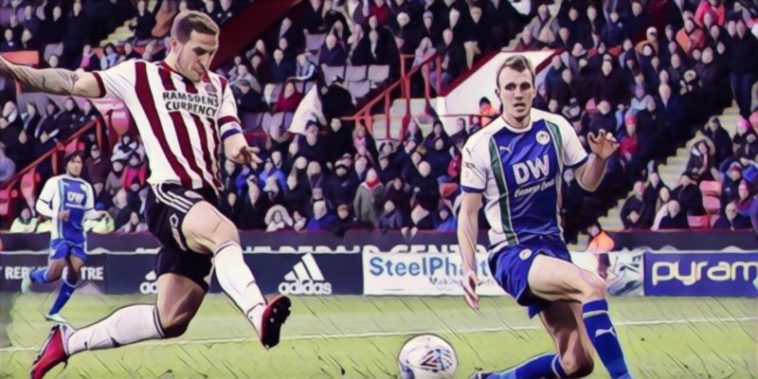 Wigan boss Paul Cook has claimed that league leaders Sheffield United are the best team in the Championship, following their 4-2 defeat to Chris Wilder’s men.

Wilder’s side ran out comfortable victors at Bramall Lane, with Billy Sharp netting a hat-trick en route to securing all three points.

Despite a spirited performance from the Latics, Cook insists the Blades are the best of the lot in the second tier.

“Sheffield United are the outstanding team in the division, they work so hard for each other, they are capable of mixing the game up and play football with the best of them.’’ He told the BBC.

“We knew how hard it would be to come here, but they didn’t have to do a lot to win the game, to be honest, and that’s a massive disappointment.

Cook’s charges managed to score twice against United, through Joe Garner and Kal Naismith, either side of the interval and Cook believes that his side did manage to get into the right areas in the match.

However, the manager insists the ruthlessness of the Blades meant that Wigan need to get better if they are to secure points away from home.

“We had a few great opportunities, we got into good areas, but we are in an unforgiving league, and teams score goals against us without really earning that right.

“If we want to improve our away form, we must play a lot better than we did today”.