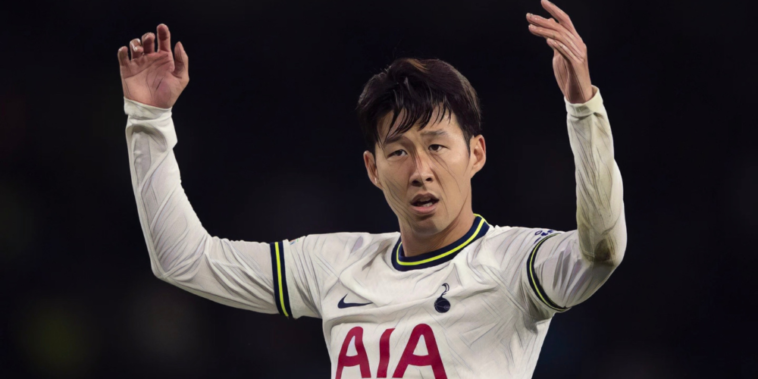 Tottenham manager Antonio Conte has warned that no players are undroppable amid Son Heung-min’s struggle for form this season.

Son is without a goal in eight games in all competitions and has struggled to replicate his form from last season, in which the South Korean scored 23 league goals to win a share of the Premier League’s Golden Boot.

The 30-year-old faces increased competition for a place this season following the signing of Richarlison from Everton and Conte has suggested that rotation will be necessary as Spurs compete on all fronts this season.

Son has started each of Spurs’ games this season, but has looked out of sorts for much of the campaign and has taken 19 shots at goal without scoring. Asked on Son’s form and whether the forward was undroppable, Conte hinted at rotation and insisted that no player is guaranteed a place in his plans.

“No players are undroppable. This has to be clear,” Conte told his pre-match press conference ahead of Spurs’ clash with Leicester.

“If I say this it’s only to help my players and to avoid injuries, to try to have players in a good performance. You know you can play one game well, another so-so and another not. My job is to protect my players and find the right way to get a good result.

“If you don’t start with some players then you have the possibility to use them in the game. If we want to play these four competitions, in the Conference League it can give you the possibility to make rotations in the group stage and if you drop a bit of the quality you can maybe still win. In the Champions League it is different.”

Conte called on Spurs to show a reaction to their midweek loss at Sporting Lisbon, as the north Londoners fell to a late defeat in the Champions League. Spurs conceded twice in stoppage time to lose 2-0, the club’s first loss of the season in all competitions.

“We need to be a bit angry and try to have a good reaction. Now we have the possibility to play another game. For us it’s important to get a win. For Leicester, the table is not fair for them. They have a really good squad and a really good manager in Brendan Rodgers.”