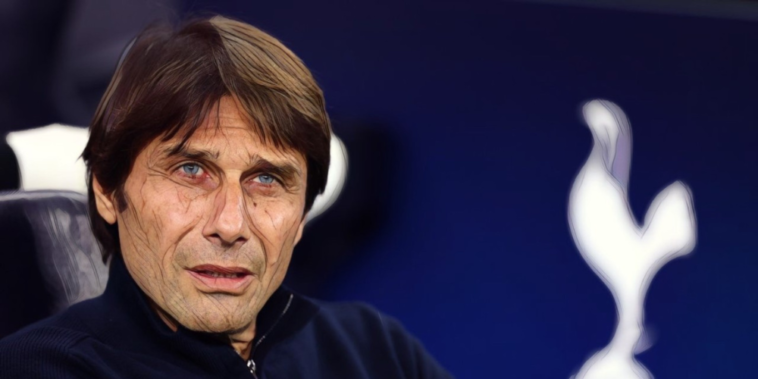 Antonio Conte admits Tottenham’s record of conceding the first goal is ‘strange’ as he looks to eradicate the side’s slow starts.

Spurs have fallen behind in nine consecutive games in all competitions, after coming from two goals down to draw at Brentford this week. The north Londoners have shown remarkable recovery powers in several of those fixtures, but Conte is keen to solve their defensive issues early on in games.

“For sure it’s strange,” Conte said at his press conference ahead of Sunday’s clash with Aston Villa.

“A strange situation to concede the first goal and to go down nine games in a row is strange. It’s good our reaction to level the result and many times we were good to win the game.

“We need to be focused to start the game quickly and show more attention defensively, and not give the opponent more opportunities to score. We spoke to the players. Maybe when you have many games in a row you don’t have the chance to work on the tactical aspect and the mental aspect, maybe you lose something.”

Spurs’ defensive options have been boosted with the return of Cristian Romero, following his role in Argentina’s World Cup success. Conte said that he has no concerns over the centre-back’s focus since that triumph and said the 24-year-old is ready to return for the north Londoners.

“From what I saw in last few days in training session, I have seen him with great focus and great desire to come back and play for us,” he said.

“For sure I am really happy for him and it is important to have in our team two World Cup champions. But he has to know very well that now starts the more difficult period for him because expectation is going to become high for him. For this reason he has to work even more and continue to work.”

The club’s defensive options have been criticised this season with Japhet Tanganga, Eric Dier and Clement Lenglet all under-fire following the draw at Brentford. The latter has failed to convince since arriving on loan from Barcelona, but Conte is confident that the France international will prove his worth.

“Clement is a really good player,” he said. “We are talking a player who played five years in Barcelona. When you play so many years in this type of club, it means you are a great player.

“He needed to put himself into a new challenge and when I spoke with him this summer, I was very clear with him, if you come with us and you deserve to play, you will play. I said I think you are a really good player with a good personality. I can tell you it was a big, big surprise for me in a positive way for his attitude, for his commitment, for his behaviour.

“He is not 100 per cent in the training session, he is 120 per cent if he starts or if he doesn’t start. We are talking about a really good player and our choice was really good.”

Conte was uncommitted on whether Lenglet’s loan would be extended, but said he will inform the board of his opinion.

“I don’t know the situation about his contract. I can make an evaluation from what I see in the training and on the pitch and I can give my opinion. Then it is down to the club.”

Conte further discussed his centre-back options and said he has trust in his current defenders, despite continued speculation surrounding new additions.

“You know very well last season we played with Dier, Cuti and Ben Davies, on the bench was usually Japhet and Sanchez and Joe Rodon. We sent Rodon to play and have more time this season and we made a substitution with Clement Lenglet.

“I think all these players have to play and we work every day with all of these players. One player can be in good form and another maybe he needed a bit of rest to recover well, because mentally he is a bit tired or physically. But I trust in my players. We work with them every day to improve the situation.”