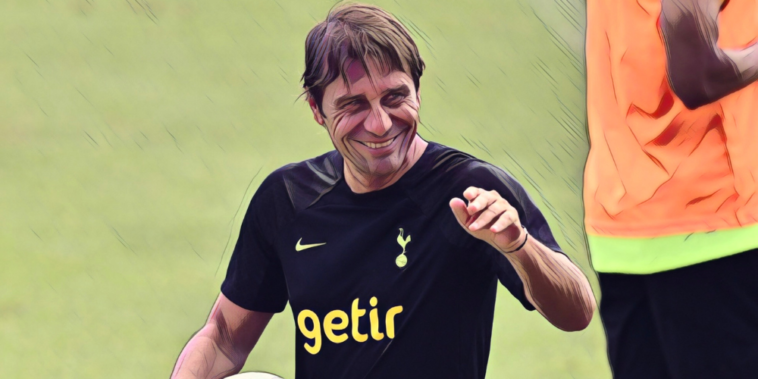 Antonio Conte has outlined his ambitions for Spurs this season and says he wants opposition sides to be ‘worried’ about facing the north Londoners.

Spurs ended the season in impressive form to secure Champions League qualification, having been in ninth upon Conte’s arrival as manager in November. A run of just one defeat in their final 11 games secured a top-four finish and optimism is high ahead of the new campaign.

Conte has since strengthened his squad with six summer signings, but played down hopes of the club challenging for the Premier League title this season.

“You want to win the title,” Conte told a pre-season press conference. “Yes, yes, I understand but I am realistic.”

Conte has previous in turning teams into title winners, but admits the competition is fiercer in English football with several sides all competing at the top end of the division.

“Juventus had for many, many years, created a gap with Inter of more than 20 points,” said Conte. “In the first season, we reduced the gap. In the second season, we won but, in Italy, there was only one team to fight.

“Here there are many teams. Liverpool, Manchester City, Chelsea. Chelsea last year won the Champions League and this year won the Club World Cup. Don’t forget Manchester United, they are strong, and Arsenal, also, going into the transfer market and spending money.

“It will be a tough season and an exciting season but we have to try to push ourselves and try to improve. To improve in all the situations that can bring us to be competitive shortly.”

Conte discussed his ambitions for the coming season and outlined his desire for Spurs to become a team opposition sides are ‘worried’ about facing.

He believes there is room for his young side to ‘grow’ in the coming seasons as the club look to end a 14-year wait for major silverware.

“My target is to try to be competitive,” he said. “My target is that when the other teams are going to play against Tottenham, they will be not scared but a bit worried. This is our target.

“Then I have a group of players that need to have ambition together and to go another step.

“When I arrived in November, I said that if we wanted to try to go up in the table, we would have to go together, to improve the team together but, at the same time, the players have to go to another level. To grow, grow, grow.

“I think we have a young team. We have many players that can play for Tottenham for three or four years together. We are trying to create a solid foundation, then to go step-by-step to improve and then in the end to fight for something important.”

The 52-year-old also discussed his own future, having signed an 18-month contract upon his arrival last season. Conte has made no secret of his desire to manage a team capable of challenging for major honours and titles, but admits he is happy ‘in this moment’ at Spurs.

“We don’t have a problem and we are trying to create a great group also outside of the pitch with the club. In this moment, we have only one target: to go together in the same direction. I think we are doing well with Daniel and with Fabio.”