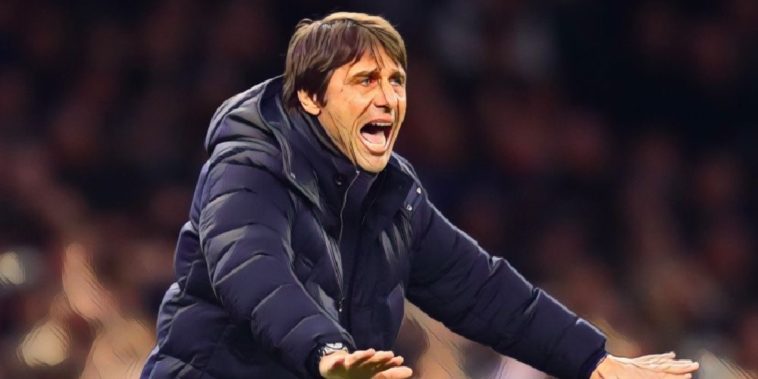 Tottenham’s top four hopes were dealt a blow as Southampton twice came from behind to earn all three points in a hugely entertaining game in North London.

Spurs saw an early Christian Romero goal chalked off for an offside, though they would, however, get themselves in front after just 18 minutes. Lucas Moura played a delightful reverse ball into Pierre-Emile Hojbjerg, pulling the ball back toward Son Heung Min, only for Jan Bednarek to slide in and divert the ball into his own net.

The Saints weren’t behind for long though, the equaliser coming in the 23rd minute after what can only be described as a comedy of errors at the back from Spurs. The North London side failed to clear their lines on several occasions, with Ben Davies and Davinson Sanchez both making mistakes, before Armando Broja steered home Romain Perraud’s pull back from the left with a first time finish from eight yards.

Having got back on terms, Southampton went close to taking the lead on a number of occasions, though a combination of some poor finishing, good goalkeeping and the woodwork prevented them from going ahead.

Spurs looked much improved after the break, and they would retake the lead with 20 minutes of the game still to play. Harry Kane dropped deep to receive the ball before turning and picking out the run of Lucas Moura. The Brazilian produced a pinpoint whipped delivery from the right, with Son meeting the ball in the centre of the box to fire his side ahead.

As in the first half, Saints weren’t behind for long, James Ward-Prowse’s wand of a right foot whipping in a wonderful first-time cross that was attacked by Mohamed Elyanoussi, the Norwegian’s run not tracked by the Spurs defence as he headed past Hugo Lloris unmarked.

Incredibly, just three minutes later and they got themselves ahead in almost identical circumstances. Another wonderful first-time delivery from Ward-Prowse was this time met by Che Adams with the Spurs defence again nowhere near as he headed home.

The Tottenham Hotspur stadium thought their side had snatched a dramatic point deep into stoppage time, Steven Bergwijn poking home from close range following a Cristian Romero knockdown, only for the Netherlands international’s strike to be ruled out by VAR for offside.

Speaking afterwards, the Spurs boss felt his side ‘played well’, but admitted that they must ‘manage the game’ much better, saying that they made ‘many mistakes’.

“It was a pity because in the first half we struggled against them but in the second half we played well and scored a goal,” he told BT Sport. “But then in that moment, you have to try to keep the result until the end.

“We had other chances to score as well but last time against Leicester we were losing 2-1 and won 3-2, but this time we were leading 2-1 and lost 3-2. There is a long way in front of us and we have to be better to manage the game in different situations. There are many parts of the game and we can improve in this aspect.

“The message at half-time was, in the first half we made many mistakes and many times the pass was not good and we risked complicating our life today. This is a part of the process and you have to try to improve, to understand when there is a bit of pressure you have to be more accurate in the pass and decision making.

“The players gave everything tonight and that is why it was a pity to lose the game. When you give everything and lose, that is no good.

“I repeat, in the first half every time we moved the ball we found the situation for chances to score. In the first half maybe we made some mistakes on the ball and it gave us a bit of instability. We have to try to improve in this aspect.

“I know very well that this team is young, many players have to play to get the experience, especially in this league. I knew there was a lot of work to do.”

The result leaves Spurs in seventh, four points off the top four, though they do have three games in hand on West Ham.