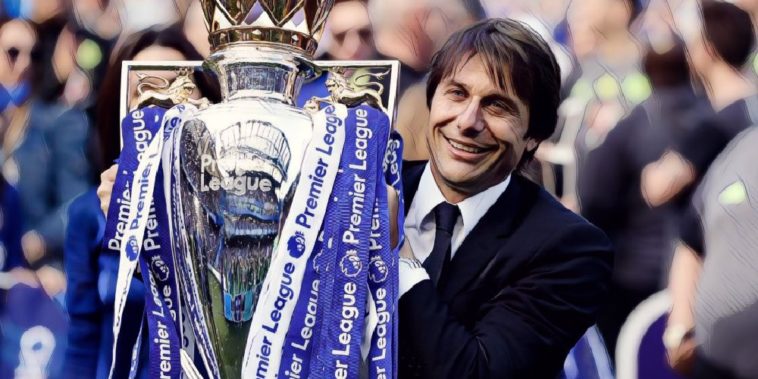 Antonio Conte has recalled his ‘incredible’ first season and Chelsea and has discussed his Premier League ‘legacy’ following his spell at Stamford Bridge.

Conte guided the west London side to the Premier League title during a hugely impressive debut season in charge, setting new records for most victories, most consecutive wins and registering the second-highest ever points tally at that time.

It was a stunning achievement for the Italian who had inherited a side that had finished 10th the previous season, and the now Inter Milan boss has reflected on an ‘incredible’ first season in English football.

“To win in my first season with Chelsea was incredible because, if you remember very well, the year before Chelsea ended 10th in the table and, if you also remember, our transfer market wasn’t an important transfer market,” he said in an interview with the Telegraph.

“I remember I wanted N’Golo Kante and he was an incredible buy for us. Then we bought Marcos Alonso and at the time he played with Fiorentina and not all the people in the club were 100 per cent on my side in this buy. And then we bought David Luiz, who had problems in Chelsea.

“So we didn’t have an important transfer market, but in that season we won the title and played the final of the FA Cup against Arsenal. I think that period was an incredible success for me, for the players and for the club.”

Conte’s title-winning season came after a tactical switch to a back three formation, implementing a system which had brought the coach much success during his spells in charge of both Juventus and Italy following back-to-back defeats to Liverpool and Arsenal early in the season.

The change sparked a record 13-game winning run and was perhaps the first evidence of a back three working successfully in the Premier League, a system now commonplace amongst top-flight managers.

Conte departed Chelsea after just two years following a disappointing second season in charge, though admits he is ‘happy’ to have left a lasting legacy with his utilisation of three central defenders.

“I’m happy that I left a legacy,” he said. “I think football is always an evolution and it’s important for the coach to be ready to find new solutions and to see other coaches, and if they have a new idea to rob them!

“I am happy because to play three at the back before I arrived in England, it was not a problem but I remember very well when Louis van Gaal tried it with Manchester United, there was a lot of criticism of him.”